When Ford Motor Company contacted me and asked if I was interested in being one of the bloggers to drive their 2010 Fusion Hybrid cross country I was immediately interested. I have been wanting to drive a hybrid ever since I saw a hybrid car for the first time, the BMW Active Hybrid concept car in IAA, Internationale Automobil-Ausstellung, in Frankfurt am Main, Germany, in 1997. 12 years of waiting – that’s a long time!- and my expectations for the 2010 Ford Fusion Hybrid were pretty high.

The 2010 Ford Fusion Hybrid did not disappoint this mama. I haven’t driven any other Ford sedan before, but the two cars in our family are Volvo V70 ’06 and VW Jetta ’09 and the Ford Fusion Hybrid ’10 tested really well in comparison when it comes to driving performance. What is important to note here that Fusion’s engineering is all in-house technology from Ford.

Click the 2010 Ford Fusion Hybrid photos to learn more and read my review of this sleek hybrid below the photos.

Pros of the 2010 Ford Fusion Hybrid: eco-friendly, great performance for the money, you’ll look cool because you’ll drive a hybrid & have SYNC system.

Cons of the 2010 Ford Fusion Hybrid: seats are not comfortable for long road trips, car isn’t that spacious, especially the backseat leg room and width are lacking (I couldn’t fit 3 kids on the backseat comfortably). 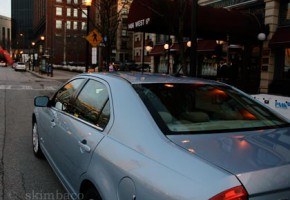 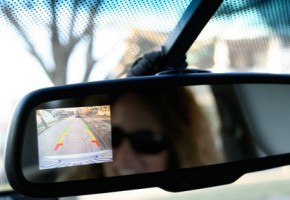 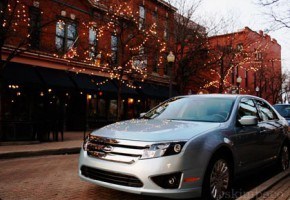 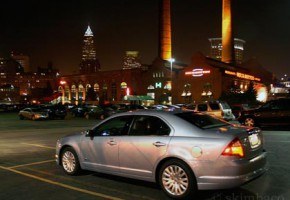 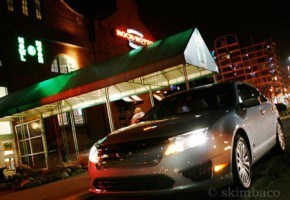 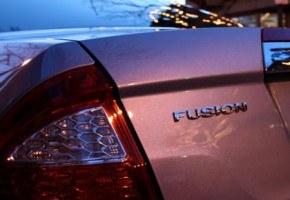 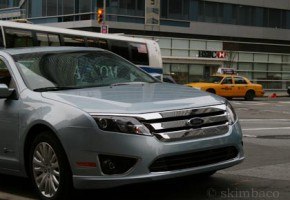 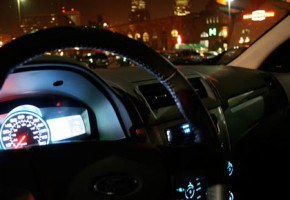 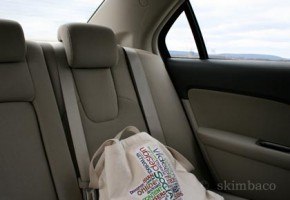 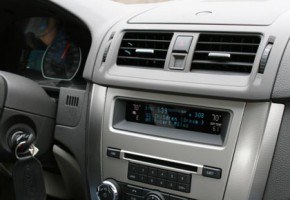 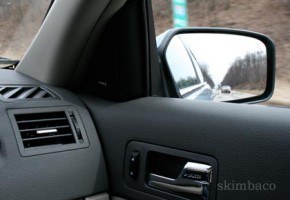 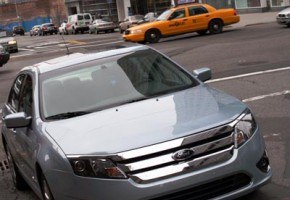 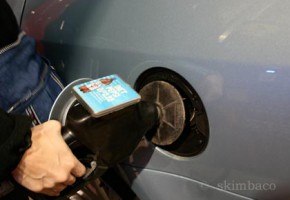 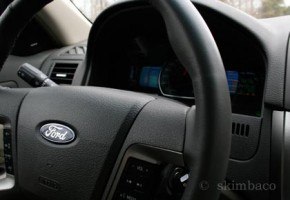 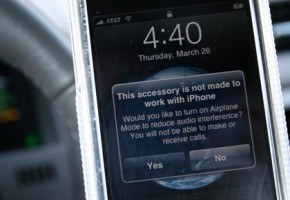 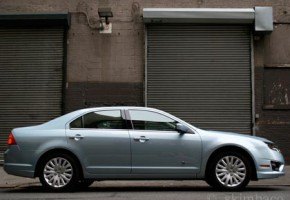 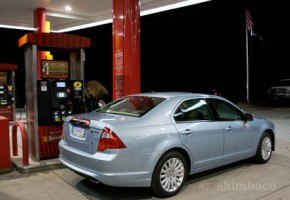 The biggest surprise is that when you turn the Fusion Hybrid on, you can’t hear the familiar humming of the engine. But no worries – there is actually a light with a picture of a car, that indicates the car is on. We had to check it out from the manual, we were pretty worried at first that there was some type of warning light on. The Fusion Hybrid handled well, and while you could tell the difference (if you were really looking and listening) when the car was using the electric power or the gas by the dashboard’s smart electric display, or the sound, you couldn’t really feel when the car switched from one system to another, the switch was really smooth.

The 2010 Ford Fusion Hybrid comes with a nice 2.5L Atkinson-Cycle I-4 Engine. The 4 cylinders may leave you wanting more, but don’t worry – the car drives almost too smoothly, and has plenty of power. And since it is quieter than other cars that I drive on daily basis, I had to watch my speed constantly. Well, especially after I got a speeding ticket driving 86 on highway. What can I say, the Ford Fusion Hybrid was just a fun little car to drive on our road trip, and made me miss German Autobahns. My road trip buddy, the traveling expert Kim Orlando of the TravelingMom.com was smart to use the cruise control.

While I’m happy to know there are fewer CO2 emissions and the car is greener built, I also wanted to know how much I really save green from my pocket. The 2010 Ford Fusion Hybrid can get up to 41 MPG in the city-use, and 36 MPG on highway, and we got almost 40 more miles on a tank than what my Volvo would have. With the Fusion Hybrid used 1,5 tanks of gas driving from Dearborn, Michigan to New York, New York. My Volvo takes 1,5 tanks driving from New York to Washington DC and back, but my Volvo didn’t come with a $3,400 tax break for being green and pollutes more than the Fusion Hybrid. However, I was expecting the Hybrid offer better mileage, but we were reminded that it gets better mileage with city driving. Also, we won’t know yet, if the Ford Fusion Hybrid really built to last, and will be in your use for years to come and thus qualify for a good buy. The base price for the 2010 Ford Fusion Hybrid is $27,270, which is fairly well comparable with the other hybrids (on the expensive side), and much cheaper than my car, and around $7,000 more expensive than the non-hybrid Fusion.

The Ford Fusion Hybrid has several cool options you can add, like the moon roof, the rear view mirror with rear video display, SYNC and voice activated navigation system. I was really hoping to test the voice activated navigation system, but even though we were assured the car we were driving would have it, it didn’t and we had an unpleasant surprise when leaving Dearborn, Michigan. We were pretty much just handed the keys, and left to explore and find all cool features on our own.

The SYNC system is neat, you can talk to your car and phone, and control your music and phone by voice, but it didn’t sync as seamlessly with iPhone as I would have hoped for. Of course, SYNC is Microsoft technology, so I shouldn’t be that surprised. I spent good 40 minutes trying to get the SYNC work with my phone, and the car’s manual didn’t help at all – it doesn’t have instructions for SYNC. Finally I gave up and called the Ford customer service, which was a very pleasant experience, and I got synced up in less than 10 minutes after dialing. I’m very happy to know how awesome the Ford’s customer service is. Because without their help, I would have not been able to use the SYNC at all, there was no way I would have figured out how to get it in sync with my iPhone without any help.

One of the most visible features of the 2010 Ford Fusion Hybrid is the electric dashboard and how you can make it show different features on the display, and it even shows you green leaves when you are driving “green”. To me this seemed a little silly, I don’t really care for the fancy electric displays, I care more for the performance, real green options and the safety of the car. The Ford Fusion get tops safety ratings from Insurance Institute for Highway Safety.

The European in me liked the small size, yet the “a lot for the buck” feel of the Ford Fusion, the treehugger in me liked the hybrid engine with less emissions and the techie blogger in me liked the technology & the SYNC. But as a mother I would never buy the Ford Fusion Hybrid for myself – I could not fit 3 kids and a dog in this car safely, and right now that’s the most important factor for me when purchasing a car. However, if my kids were older, the Ford Fusion Hybrid might be a perfect first car and great for college students. One of the new safety features of most new Fords is called MyKey – a system helping parents to control their children’s driving, yet another reason why Fords make great cars for students. And from my own experience I know that the Fusion is a fun car to drive fast, so I would need the MyKey feature to control maybe not just my kids’ driving but maybe even my own!

Oh, while picking up the 2010 Ford Fusion Hybrid from the Ford Motor Company headquarters, I did happen to spot another beauty I liked …