This is the first post by Maurelita, Skimbaco’s new European Lifestyle Expert and our Bicycle Reporter in Paris. She will share the best spots in Paris with us! 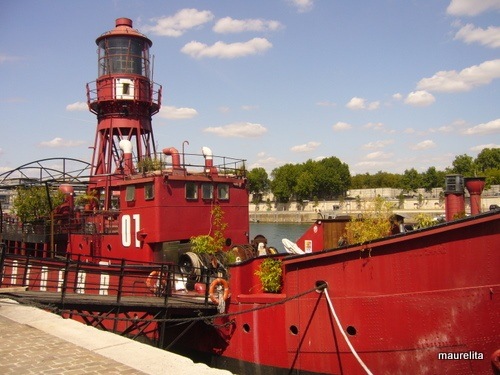 Whether you are a true Parisian craving for some fresh air or a traveller looking for a genuine spot to discover, the river Seine and its recently built left bank areas called Paris Rive Gauche are the place to be.

While the heatwave hits the city and the streets are burning, the river boats and the open air restaurants next to the National Library of France in the 13th arrondissement offer a gorgeous view and trendy decoration for enjoying the long sunny summer evenings. 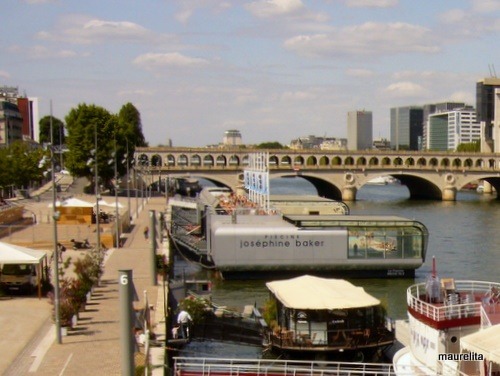 In front of the floating pool Josephine Baker you can try out a terrace called Le Petit Bain (small bath i.e. the kids’ pool). Sitting amongst dozens of bathtubes filled with water plants from lilies to reeds is a unique experience, and the clever mixture of wooden and plastic furniture gives a trendy touch. You can either have drinks and tapas or eat a full meal ; the food is good and the prices very decent – and a boring but important detail, we all agreed the toilets are rarely that clean in Paris. 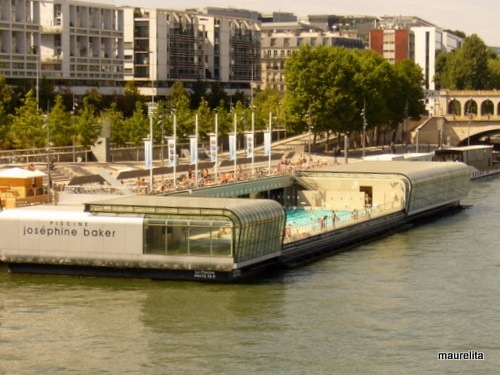 And just for the story, I’ve never been in the pool because of the huge line to get in, as only a limited number of people are allowed in for security reasons. They have even set up parasols to protect the bather candidates to survive in the sunshine up to two hours of waiting to get in. The architecture of the pool looks very challenging, and its short history is quite stormy: after opening in 2006 there was a fire shortly afterwards, a year later the whole thing nearly sunk due to a human error during maintenance, and finally it opened again in 2008. 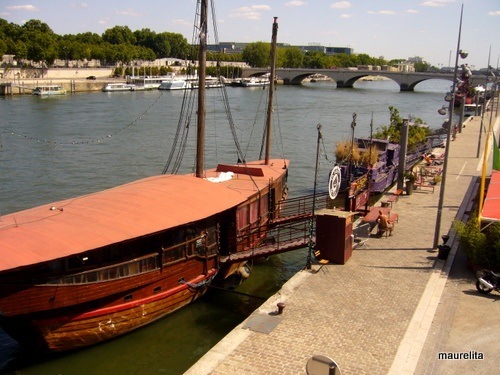 Just a leap away, la Dame de Canton is a charming junk berthed alongside the quay; despite the attracting menus we decided not to eat there as dinner is served down in the hold. However the main deck with its bar is great for watching concerts every weekend, and the boat can be rented for for special occasions. You are sure to get rocked! 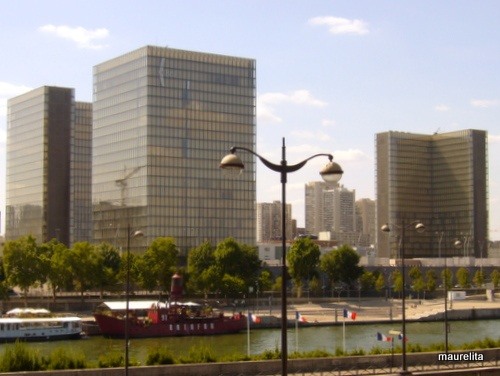 A bit further down the quay can be found a red lighthouse boat Le Batofar (bateau = boat + phare=lighthouse) known for its electronic music scene but also intercontinental music trips and numerous artistic activites. “La Plage du Batofar” turns out to be not a beach but a restaurant in front of the boat, and there’s another one on board serving delicious French cuisine all night long.

But besides all these terraces, the trendiest thing remains to bring your cooler and to picnic with friends. Square Tino Rossi has been hosting popular salsa lessons for years, you can jump in to join traditional Breton dances, spontaneous shows and street artists come up along the quays between the Austerlitz railway station and BNF (National Library).

To reach Paris Rive Gauche, take the tube to either Quai de la Gare or Bibliothèque François Mitterrand, rent a Vélib bike or hop on the Voguéo public transports boat and get off at BNF aka Bibliothèque nationale de France.

Hot summer nights have never been this cool in Paris! 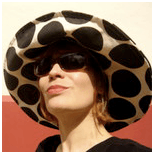 Written by Maurelita. Maurelita is Skimbaco European Lifestyle Expert and a Bicycle Reporter in Paris, she is a Finnish redhead living in Paris with two kids and a French gentleman biker husband. Maurelita started blogging in Finnish in 2004 and soon got happed into writing bilingual blog posts also in French about education, social media, going out in Paris, sustainability and shopping… and now she is sharing her travels and life in Europe with Skimbaco readers.