Is My Husband Cheating on Me?
I Read the Signs to Find Out 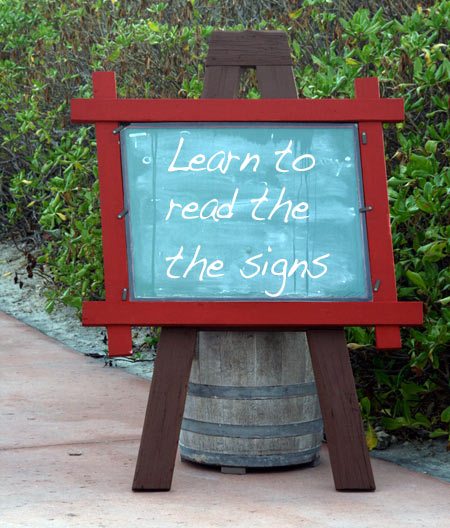 Think your husband is cheating? Read how I learned to read the signs to find out if my husband was cheating. I’ve been married for almost 13 years, but I’m not a relationship guru, nor I usually give marriage advice, so take my advice with grain of salt.

I was visiting a luxury spa a while ago, and they had a psychic medium to teach a session about intuition. I’m pretty open to new things but when it comes to fortune tellers and psychics, I don’t have much trust after one psychic medium told me I was going to divorce my husband when I was 8 months pregnant. I was also supposed to have twins this year, and looks like that’s not gonna happen. So I was a little skeptic in this session, but when she told us to do a little practice on intuition on our way home, I decided to do it. She instructed us to send a question out to the universe, and by the time we got home, we would have the answer. Simple enough.

I was trying to think of a good question. Should it be something big? Or just a small thing like “will tonight’s SNL be worth watching”? Nothing big really came to my mind, but I thought the universe shouldn’t be bothered with non-meaningful questions.

Then one question popped into my mind “has my husband ever cheated on me”. Come on, who wouldn’t want to know if your husband was cheating on you? Game on, and my question was sent to the universe.

I was sort of nervous. What if the answer was “yes” – what was I going to tell my husband when I got home? “Dude, I asked the universe if you had cheated on me, and it answered yes, let’s have a talk”. And seriously, my husband would think I was nuts if I said “honey, I saw a big 18-wheeler with text “yes” on the side and it was a sign that you have cheated on me”.

Would this (silly) intuitive exercise impact our relationship? Would I believe my husband or the “sign”? It was from the friggin’ universe after all, much bigger than my husband. The Universe might be the same thing as God, so I better believe what it says, right?

I don’t know. I was just looking for an answer and decided I would deal with the consequences later.

The medium had told us that the answer could come from anywhere. It might be a song you hear from radio, a newspaper headline, a conversation you overhear, text in a billboard. But you would see it, in form of hints or/and loud and clear. The entire drive home I was skipping radio channels and the songs about eternal love and how you are the only one for me would pop up, but I still didn’t get a definite “yes” or “no”. I was getting little impatient and I was getting closer to home, and was worried what if I didn’t get my answer by the time I got home. I might have to engage my husband in a thrilling discussion because now I was all pumped up about the topic and my tongue was sharpened to verbally attack. It wasn’t going to be pretty. My heart was racing because I thought I had to face my husband and ask if he is cheating on me, and I was fearing all of the discussion to follow.

I was thinking can’t I just see or hear simple “yes” or “no”. Dear Universe, just give me an answer, no more of these love songs and leading hints, I NEED to know before going home.
I need to know now, yes or no.
Less than 10 seconds later I drove by a big sign that said North-something.
All I could see was the first two letters, N-O.

Now, I don’t know if this was the universe telling me anything, but all I have to say, I was pretty darn happy with the answer, and decided just to leave it as it is.