Zombie Moms: Not Just For Newborns

Once a month we publish Funny Mummy column from an award winning humor writer Kathy Buckworth. Read Funny Mummy every month and Visit Kathy Buckworth at www.kathybuckworth.com. Kathy’s latest book, “Shut Up and Eat: Tales of Chicken, Children and Chardonnay” can be found at bookstores and online, everywhere. 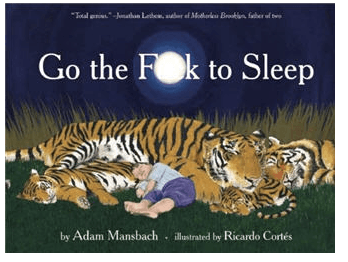 The huge on-line success of the book “Go the F**k to Sleep” is due mainly to one thing: Every single parent in the world has uttered these words, either in their inside or outside voice. From the string of sleepless nights a newborn delivers the minute they come home from the hospital, through scary school age nightmares about The Grinch, to the awakening sounds of a teenage boy banging around the kitchen in search of a midnight snack. Sleep is one of the few challenges parents face with their children from start to finish, and that we all can relate to not having enough of. However, as with many facets of raising children, sleep deprivation is one where you always think you’re going through a tougher time than anyone before, or after you.

While the recent Twitter hashtag #ZombieMoms includes membership from Moms with children of all ages, it does skew towards the newborn side. Their challenges don’t always inspire thoughts of empathy.

“You think it’s tough having a newborn? At least they don’t go anywhere – I’m up all night worrying about my teenager driving around, and then when she gets home she makes so much noise it wakes me up all over again.”

Complaining about the lack of sleep (a badge of honour for parents) is a bit of a curious phenomenon. Back in the good ol’ days (before we had kids), most of us wore our lack of sleep status with pride.

I suppose there are some similarities with that type of sleep deprivation and the type that comes from having a newborn; your eyes are red, your body’s aching, and you might be dealing with vomit which isn’t always your own. The main difference though is the lack of control that you have over your own sleep patterns, once Baby makes his entrance. When they’re infants, we instinctively rise to their occasion every time they can’t sleep. We read the baby books that alternate between telling us to comfort them instantly, and just letting them scream it out. Unfortunately Baby isn’t usually up to speed on which book we’re reading or which strategy we’re trying, so it doesn’t always work.

As the kids get older, though, it can be a mistake to let them assume they are still in charge.
“I try to get him to bed at 8:00 but he just won’t go.”
Have to admit I don’t understand this. What’s with the “try”? Just substitute the word “put” here, and it works out pretty well. The getting them to stay in bed, once uncontained by crib bars, can be the real challenge.

By the time they get to the ‘tween stage, they try to push the boundaries of bedtime, but most of them haven’t mastered the art of sleeping-in the next morning, so a later sleep start usually just speeds up the development of the surly side of their personality which will fully bloom in the teen years.

When your teenage children start to stay up later than you do, it makes you feel old. Not the physical old as you feel when you’ve been up six times in the night with a newborn, but old in a “how old am I?” mental way. Comparing the levels of weariness, both of spirit and body, is tough.

Teenagers, on the whole, like to sleep in. Let them. As tempting as it is to get some sleep deprivation revenge fully due to you, take the time to Drink The F**k Some Coffee.

Guest post by Kathy Buckworth. Kathy Buckworth is an award winning humor writer, and feature writer for Sympatico.ca in their parenting, travel, and auto sites. She is the author of five books, including “The BlackBerry Diaries: Adventures in Modern Motherhood” and her latest, “Shut Up and Eat: Tales of Chicken, Children & Chardonnay”. Get Kathy Buckworth’s books at Amazon.com