Finnish schools are the best, and American schools suck? Not so fast. 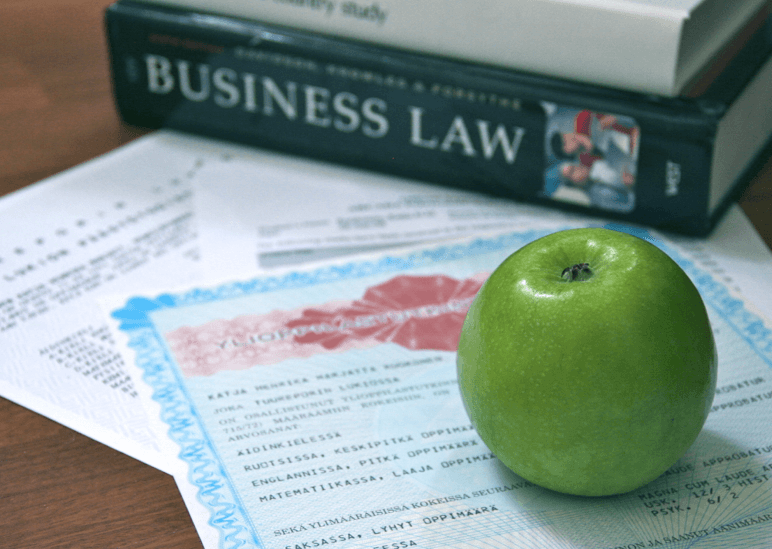 I have written a lot about Finnish Education before but it has been a few years I have touched the subject. Each year when the PISA test results come out and Finland scores as the nation having the best education in the world, there is wonder how a small country tucked in the Northern corner of Europe can do it. The high level of education in Finland was also featured in the 2010 documentary film Waiting for “Superman” about America’s troubled public schools. I wanted to add this time my personal opinion after reading the article “Why Are Finland’s Schools Successful?” in the Smithsonian magazine.

Is it true that Finnish schools are the best and American school system sucks?

Simply said: things are not black and white.

It simply isn’t as simple as Finnish schools are the best and American schools suck. There is much more to it. Here is my opinion that nobody asked for, and it probably offends you.

I am an immigrant who has two lands, which means no lands when you speak up about the differences between the two. As my husband says, this is the post that could also be called “minus 2,000 Twitter followers”. There are always two sides, and like with everything else in life, I recommend trying to improve the bad ones, and enjoy the good ones.

If you want to read my previous posts about subject, here you go:
Finnish kids are the smartest in the world, right?
Finnish School System – the good, the bad and the ugly truth.
Finns study religion, evolution and sexuality – Educated minds make educated choices.
Brain food helps Finns to excel at school – it’s all about the right nutrition.
Why don’t we see any Finnish innovations, or do we? – where that education takes you. 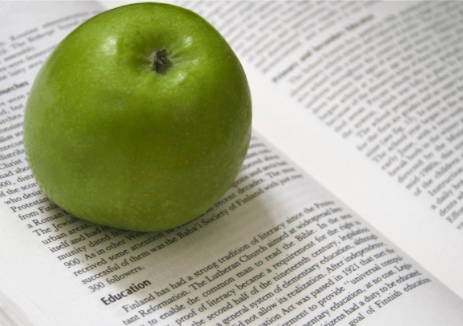 As someone who has gone through Finnish school system for 15 years, I was stunned when I moved to America and entered a college here to continue my studies, and saw the (low) level of education first hand. The math class in college bored me to death, I had already taken that level of math during my first year of high school.

Many people who criticize the Finnish education point out the homogeneous class rooms and lack of diversity making it easier to teach and get the high results. Ironically, the “book smarts” I had learned in Finland were about world history, religion, geography and social studies etc. made it easy for me to have a conversation with many Americans with diverse cultural backgrounds when I moved here.

At the same time, the lack of understanding anything about life in Europe was obvious when many people here were approaching me with questions like “how civilized is Finland”, “do you have popcorn in Finland”, “have you ever heard we had this president called Kennedy” not to mention “where is Finland”, “where is Europe” and “what is Scandinavia”. While I certainly didn’t expect people to have much knowledge of my home nation Finland, at least I sort of expected people to know the capital of France, or that Coca-Cola had made it to Europe. Remember – these were my first impressions, when I moved to the US arrogantly straight-from-school from the glorious “best schools in the world”.

The Characteristics in Finnish Education I Like (besides the book smarts)

While I believe the Finnish education is good for pouring information in from various subjects (many not taught in American schools), what makes it tremendously better is that the school days are short, and children won’t enter school until 7 years old, and play, crafts and skills like woodwork, sewing, crochet and knitting are also taught and the hand skills are considered as important as book smarts. Also in PE I did horseback riding, ping pong, wall climbing, skiing (downhill and cross country), swimming, ice skating, gymnastics and several other types of sports because part of the education is to teach you a variety of ways to enjoy sports. We played team sports, but there is no team sports in schools like in the US. So the education was much more than “book smarts”, the education was preparing us for life.

One of the most important lessons I learned in college in Finland was that school was never going to be the place for me to learn everything I needed to know in life, in business and in workforce. My professors emphasized again and again that they wanted to teach us problem solving skills, not answers to problems, they wanted us to learn where and how to find information, not how to memorize it by heart. I learned to learn from everything I did, saw or experienced. I learned the skills to absorb knowledge and how to apply the information I had learned. 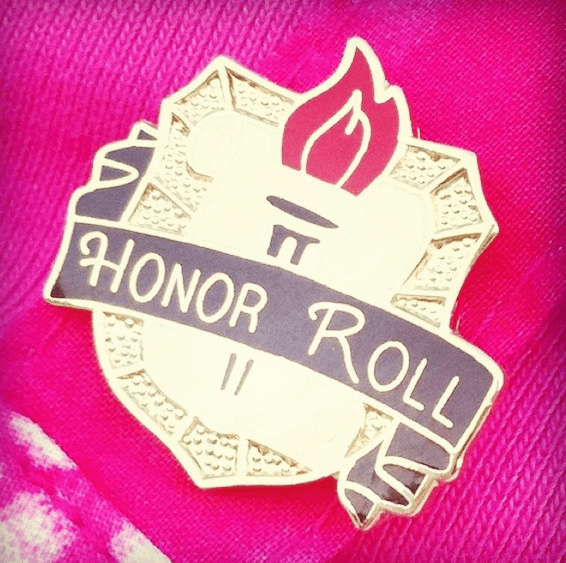 What Americans Learn at School that Finns Don’t

I used to say “you can graduate from college in the US if you play football but you can’t graduate high school in Finland unless you speak three different languages” and my opinion of American education was not very high. Now I have learned, there is no such thing as “American education”, every school in every district is different and the quality of education varies from one side of town to other one, not to mention from state to state. There are a lot of very bad schools, and many amazing schools, but the problem is that there is such a big difference in between.

There are many things I wish I had learned in Finnish schools. The confidence that Americans have, the public speaking and debating skills and the entrepreneurial spirit and support for such spirit. Maybe even the team spirit that American school sports have – I never witnessed anything like that in even nearly in the same scale in Finland as here in the US.

I like that American schools start early with the “show and tell” and teaching children to speak up and be in the front of people. Finnish children are taught to be quiet and they are not given an opportunity to speak up often. Obviously I had a big problem with that when growing up.

I love how Americans treat children with much more respect to their individual needs and skills. Of course that’s not all thanks to school, it’s cultural, but for example my children have their school art work displayed in local art galleries and coffee shops and the way their work is appreciated is something I didn’t see often in Finland. I can see how the American education is boosting my children’s confidence in a way I my confidence was never boosted in Finland. Which seems contradictory considering the high testing environment and the competition American schools have.

Also, while play is an important part, and children in Finland don’t get as much homework as the students here do, it is not uncommon that Finnish children walk to school alone from early age, carrying a home key in their necks, and cell phone in their pockets. While all this “play is important” stuff is emphasized, the culture still expects many children to grow up faster than their American counterparts. While there might not be children from poverty walking to schools in Finland, there are children of high society who are expected to be independent, walk to school alone and speak three languages by the age of 10. I am OK that my 11 year old is still more of “a child” than “mini adult” or “pre-teen” and that she learns about confidence by doing things she excels, instead of independence because nobody is there for her. (note: my parents have always been supportive and there for me, this is about the Finnish culture, not the way I grew up)

My children also go to a school where there is a vast variety of children from different cultural and racial backgrounds. I can count the students that were different racial or cultural background than me with my one hand’s fingers during the entire first 12 years of school in Finland. We were the sarahpalins of Europe; we read books about other cultures and other languages and religions without having any real experience of any of them. While I agree, the education is needed, but so is the experience, and unfortunately as “book smart” as Finns are, many of them have very racist opinions and they are not as tolerant as “highly educated” people should be in my opinion. 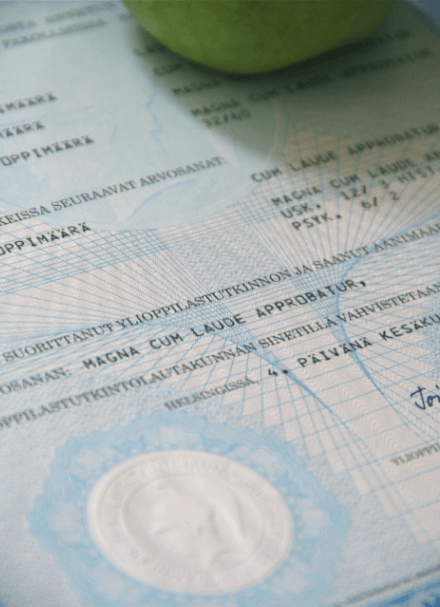 What I think as a Mom

I much rather have my children to experience and get to know different people, cultures and religions first hand, than just read about them in books. And even though every school year I get disappointed in several things that I see in the schools my children enter here, and my children read more novels in school than books about history, they still impress me with their smarts on daily basis.

I like the communication between teacher and parents, the PTAs and the after school events and activities. Also, the science projects with so much free expression impress me. My children also watched chicks to hatch from eggs, had a pet and watched plants grow right in their class room. Sure, they may lack in the amount of books they read at school, but I like the hands on learning.

I know that I could do better as a mom, I could home school, or continue teaching children after they come home from school at 3:30 each day, but the words of my college professor are deeply imprinted in my brain and I rather teach children problem solving skills and where to find the information and how to apply it when needed than learning everything by heart. I like that this culture is as much about entrepreneurial spirit, eagerness to find and live your passion, as about book smarts and degrees. I want my children to have the education, but education alone isn’t enough in today’s society, and I feel I need to teach my children first how to live.

When I told this to my kids and referred that we will try to travel and do other things this school year as much as we can, my daughter answered “you can’t miss days in middle school, because they teach something new like every week”.

I rest my case.

PS. And before you comment about my poor English grammar, why don’t you write that comment in Finnish? Or heck, do it in German, French or Spanish to make it a bit easier. Even with my high Finnish education I am not perfect and don’t master the English language. Like said, things are never black and white, so why don’t you just take the best out of it and be positive? :)