I had an opportunity to send a few questions for Ted Allen about coffee and his role as Nespresso North American Coffee Ambassador and holiday entertaining. Ted Allen is host of the hit primetime TV show “Chopped” on Food Network, and a frequent contributor to the network’s new show, “The Best Thing I Ever Ate.” But if you are like me – you liked Ted already as the food and wine specialist on the groundbreaking, Emmy-winning Bravo series “Queer Eye” and you also like his book The Food You Want to Eat: 100 Smart, Simple Recipes

Watch the video and then check out Nespresso coffee and try this recipe at home.

Steep an apple ginger tea bag in an espresso and add a little bit of maple syrup and add a touch of milk foam on the top. 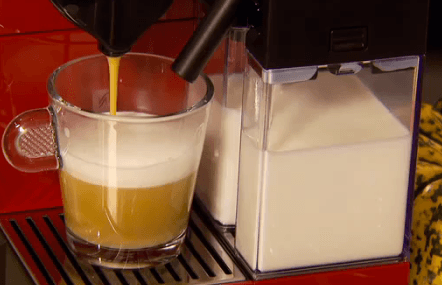