Disney Fantasy Will be Christened on March 1st in NYC 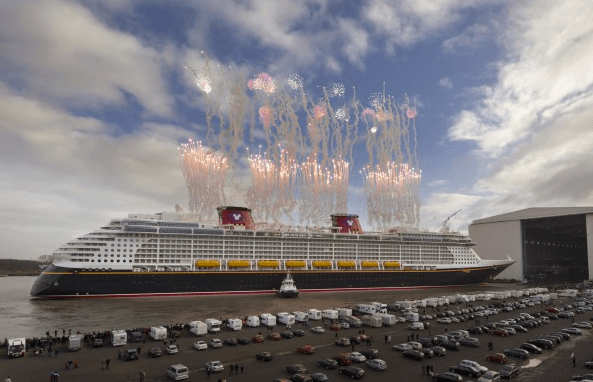 The Disney Fantasy is a sister ship to Disney Dream, and will feature many of the same new features Disney Dream has, for example the Aqua Duck water slide and magical portholes in the inner stateroom. In addition the Disney Fantasy will offer two new Broadway-style musical spectaculars, a dining experience at Animator’s Palate where guests’ own drawings magically come to life, an interactive adventure quest starring the Muppets, and a water play area called AquaLab, and much more. 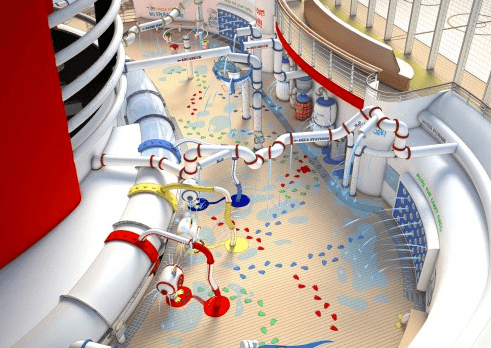 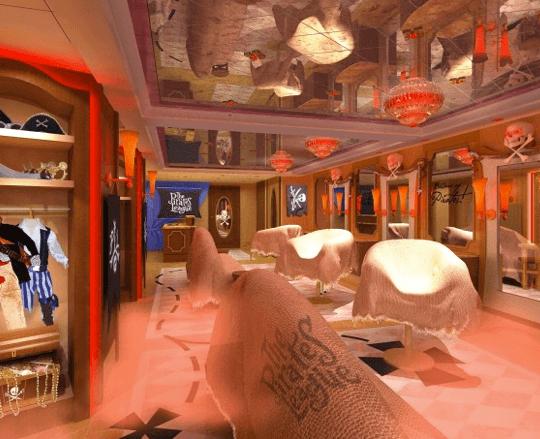 You may know the Bibbidi Bobbidi Boutique and The Pirates League makeover stores from the Disney Parks, but Disney Fantasy will be the first cruise ship to host these two retailers onboard and children of all ages can live their princess and pirate fantasies. After the makeovers the young princesses can “look the part” for dinner at Royal Court, an elegant restaurant inspired by the classic Disney films “Cinderella,” “Snow White and the Seven Dwarfs,” “Beauty and the Beast” and “Sleeping Beauty.” And kids will love the deck party “Mickey’s Pirates IN the Caribbean” known from all Disney cruises when they decked out via a Pirates League.

The nine-hole, Disney-themed miniature golf course isn’t “just plain Goofy.” It also stars Goofy’s son, Max. The interactive holes emphasize various golfing lessons – but, of course, with goofy twists. There are simulators that provide a variety of state-of-the-art virtual sports-gaming experiences, ping pong and foosball tables, and an arcade offering a variety of the latest interactive video games plus gaming classics such as pinball and air hockey. 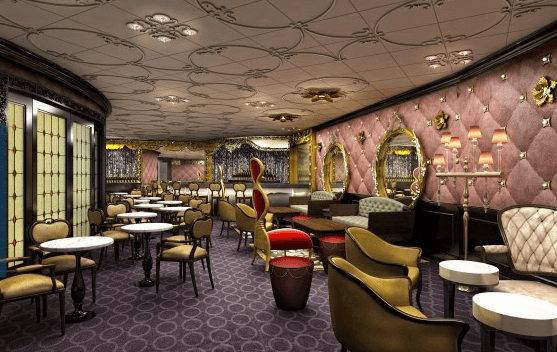 I have said this so many times before, but Disney cruises are not just for kids, and Disney Fantasy promises new additions for adult passengers as well. Nightlife for adult vacationers takes a Fantasy spin with Europa – an entertainment district of high-energy, sophisticated and trendy clubs and lounges. Inspired by the night spots of Italy, France, Ireland and London, Europa is a continent of adult nighttime fun without borders. La Piazza is a lounge that draws inspiration from stylish Italian plazas. Skyline is a chic bar that provides ever-changing birds-eye views of stunning European cityscapes. O’Gill’s Pub is a rollicking Irish bar and Ooh La La is an elegant French champagne bar. The Tube transports guests to a vibrant metropolitan club reminiscent of swinging London. Adult only dining is available at Palo specializing in Northern Italian cuisine with a contemporary twist, and Remy, the most upscale and romantic dining experience about Disney Fantasy and serving French-inspired cuisine. And don’t forget the Senses Spa & Salon, a spa of ultimate pampering is only for guests 18 and older and there is also an adults only swimming pool for relaxing. 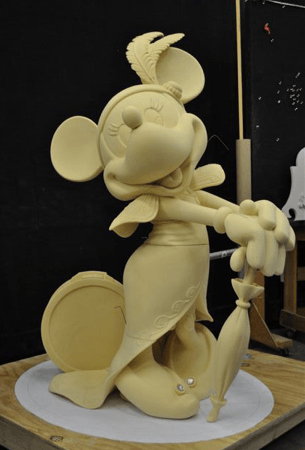