Move from New York to Sweden in Photos 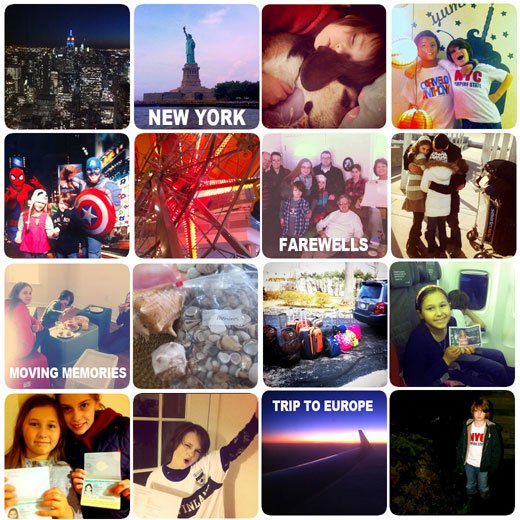 Hopefully one of these days I will have more time to tell our story more in depth in words, but for now here are some photos that many of you have been asking for. New York will always feel home to us, and it is in fact the state where we have lived the longest together (6.5 years out of our 14.5 year journey together), it’s where we bought our first house, our son was born and where we both have had amazing career highlights. I have a feeling we will still live in New York one day. Nevertheless, it was not easy to say goodbye.

Note: these photos are mainly my Instagram photos and taken with my phone. If you want to see our photos as they happen.. follow me on Instagram, my username is skimbaco. 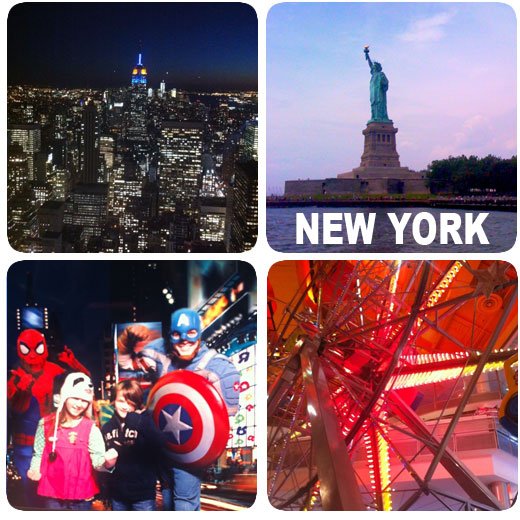 NYC Skyline
During our last weekend in New York, and what happened to be my birthday, we finally paid the high price of going up on the top of Rockefeller Plaza to see the city lights.
Statue of Liberty
I was happy we had already seen some of the tourist attractions like the Statue of the Liberty, so we didn’t have to do all of the touristy stuff on our last months and still left New York feeling we have experienced a lot in the past three and half years.
Times Square
Of course our last day in the city wouldn’t have been more classic with the kids than going to Times Square and paying $27 for the photo taken with Spiderman and Captain America. New York City truly gets expensive for tourists, even for the staycationers.
Ferris Wheel at Toys’R’Us
Kids had always wanted to go on the indoor ferris wheel inside the Toys’R’Us. For three years we’ve said “the next time,” how typical, right? Now kids finally rode the ferris wheel. 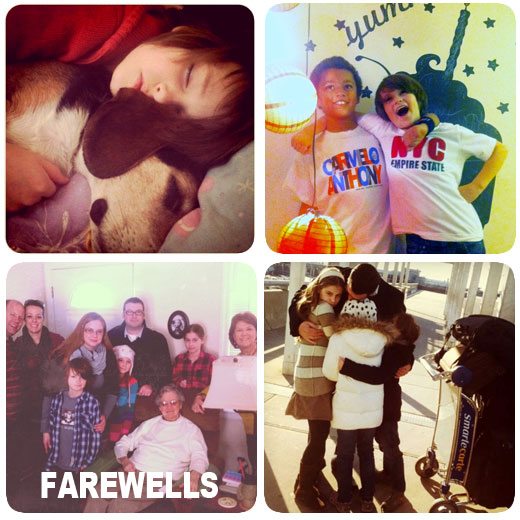 Beagle stayed in New York
Probably the hardest part of the move was having to give up our family dog. For several reasons it was just impossible for us to bring him. Breaks our hearts.
Best friends forever
Kids left their best friends behind. We hosted sleep overs and kids spent extra time with their friends before the move. As a mom it has been heart breaking to see the goodbyes and how much other people, including the other parents, and the teachers care about our kids. One teacher crocheted a blanket to my daughter… A group of friends hosted a surprise party for my other daughter.. These friends will be forever.
Family
While we don’t have any family in New York, we are still sad to move even further away from our family in Texas. Luckily we visited the family in Texas in December before moving.
Splitting the family
My husband left to Sweden 5 weeks before us. It was tough not to be able to do every part of the move together as a family. While we have been apart for longer, for example during military deployments, this was not an easy one. 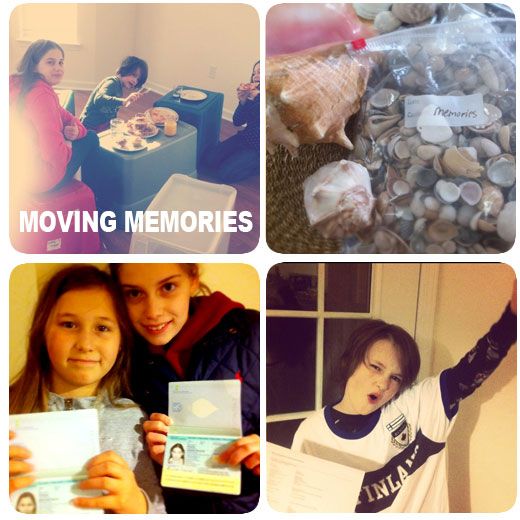 Pizza & moving boxes
Yes, we ate a lot of pizza during the last week of packing. And we even invited friends over for dinner and used moving boxes as chairs. We did anything we could to make it still feel like home, even after almost everything was gone.
Packing memories
We had to get rid of/sell about 75% of everything we owned. It was a mentally exhausting experience to go through everything. What was left – things that came with memories, like the sea shells collected from travels over the years… The first mixed love song tape my husband made me in 1997. These were the things we packed and sent to Sweden.
Passports ready!
We typically keep passports current.. but of course this time we needed to renew several, especially because we have a few dual-citizens in the family, and wanted to keep everyone’s all passports current.
New Finn
And we finally applied Finnish citizenship for our son too, he was the only kid still missing it. We figured traveling in Europe will be easier with the European passport. 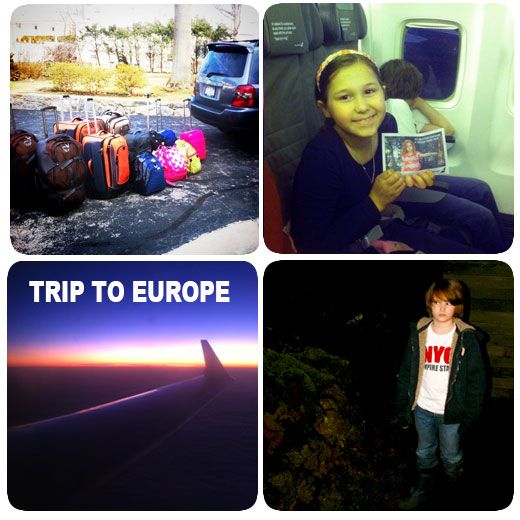 Count the bags
Yes, that’s 11 bags, not including my carry-on. And a few were actually overweight so we had to take things out at the airport and add additional luggage. We fit everything in a Toyota Highlander on the way to the airport and more surprisingly we fit everything in a WV Passat station wagon when we got to Sweden (NOT comfortably, mind I say, but that was all rental place had). We also had to take every piece of luggage with us on our layover in Iceland. Yes, 3 kids and I handled that amount with no problems.
Pay it forward
I think it has been our mantra the past few months. We have been giving things for people in need, helping people, and the first thing my daughter did on plane: she found a donation envelope and a collection for children and she put all of her dollars in the envelope because she can’t pay with them in Europe anyways.
Short flight to Iceland
It was less than 6 hours to Iceland from New York, and we all were too excited to sleep (well). We were ready for our European adventure to begin.
Dark North
This is how dark it was when we arrived to Iceland! Picture taken on our hotel room patio, and all you could see was hundreds of years old lava field.

Stay tuned for our updates as our European adventure continues. This weekend we will be taking a cruise ship from Sweden to Finland…