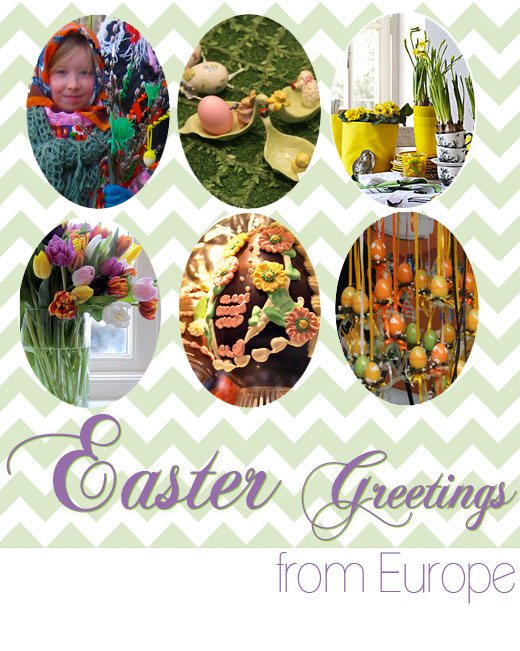 I’m happy to participate to Holiday Headquarters with fellow lifestyle and entertaining bloggers this spring and summer season, and since my spring has been traveling around Europe, living in hotels, I am sending you a little bit different kind of Easter Greeting this year. As I started writing this post about European Easter Traditions, I realized I mainly wanted to share what is dear to my heart – the Finnish Easter traditions we had when I was growing up. Today the religious and cultural celebrations are becoming more and more mixed, blending several traditions together, also taking influence surprisingly from American Halloween celebrations – yes, you read it right! 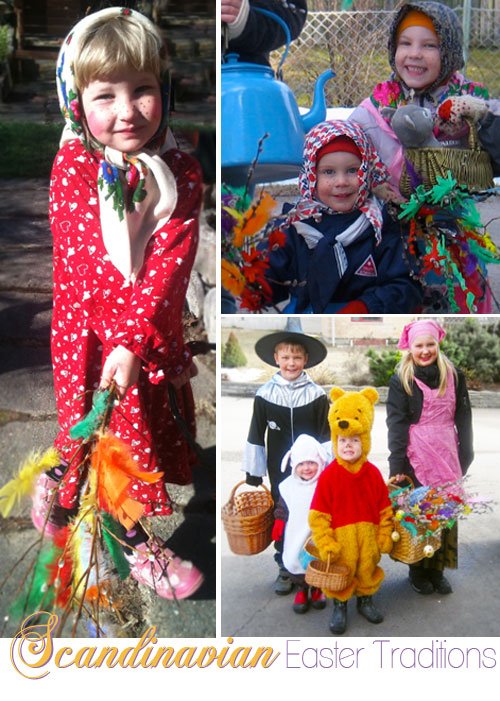 When I grew up, I didn’t even know what Halloween was, but I loved Easter for the same reasons American children love Halloween – dressing up as witches and for getting candy.

There really isn’t a direct translation for the Finnish word “virpominen,” but you could think of it like trick of treating, but with a help of willow tree branches decorated often with silk paper and feathers. You just sort of wave the decorated willow branches like it was a magic wand of some kind.

Virpominen originally started in Karelia, an old Eastern part of Finland , that was lost in the war to Russians. On Sunday morning one week prior Easter people would “virpoa,” say well wishes and hopes for the entire year ahead for family and friends, for example for farmers for good crops. Sometimes people would thank for the well wishes and bring things like flour or bread a week later on Easter to those who wished them well. There are religious roots to virpominen extend to Christ’s last coming to Jerusalem, when the people greeted him with palm branches. 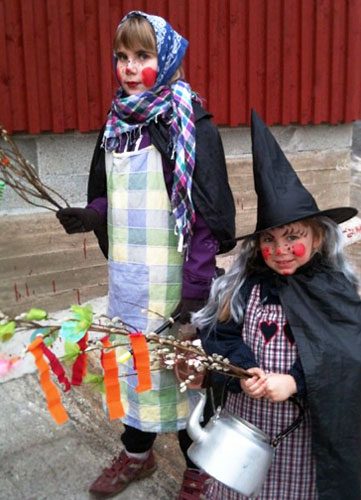 In Sweden the children still dress us as trolls, the Nordic witches on Maundy Thursdays to deliver Easter letters and receive candy. These two traditions got mixed, and virpominen in Finland became kids dress up as trolls a week before Easter Sunday, wearing aprons and scarves in their heads and their faces are painted with red cheeks with freckles, saying good wishes but adding a few well-natured threats in case the person they just wished well didn’t have gratitude enough to fill the kids Easter bucket’s with candy.

Today the Eastern and Western traditions have been mixed, and virpominen has become very much like trick or treating – even so much that some kids even want to go around the neighborhood dressed in costumes other than the traditional troll. 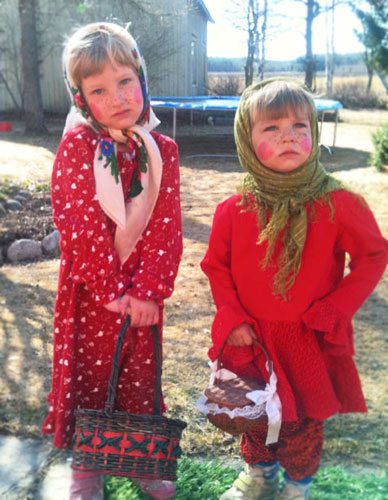 I’m sure there are books about Easter food in Europe, and while there are many traditional dishes in several countries, and for example in Sweden and Finland it’s very common to eat lamb on Easter dinner, but the most important food of Easter in Europe is chocolate. Most Europeans probably wouldn’t say chocolate is the most loved Easter food when asked, but I guarantee it’s the most bought Easter food. 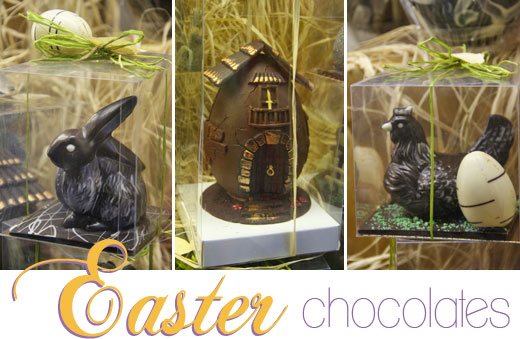 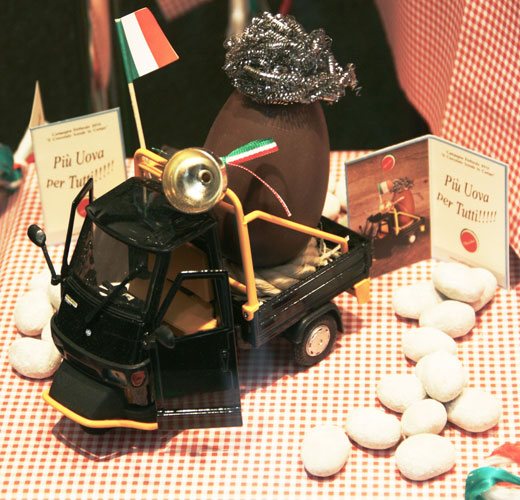 While the kids in the Nordic countries go around the neighborhood getting their Easter buckets filled with chocolate eggs, the children around Europe will all get their share of Easter chocolate. Easter chocolates come in shapes of chicks, Easter bunny and eggs, and they can either include a surprise inside (who doesn’t love Kinder-eggs?) or the chocolate can come in an Easter egg often made from beautiful colorful paper. 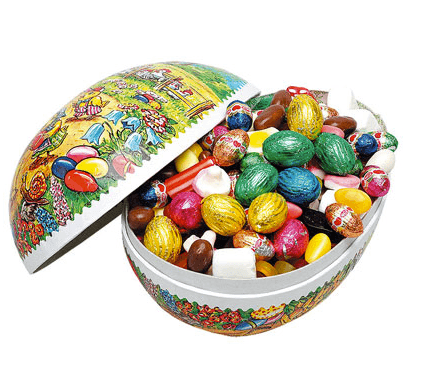 The candy shops, chocolatiers and bakeries are filled with chocolatey Easter goodies, and chocolate in a form or another is also the most popular Easter dessert. 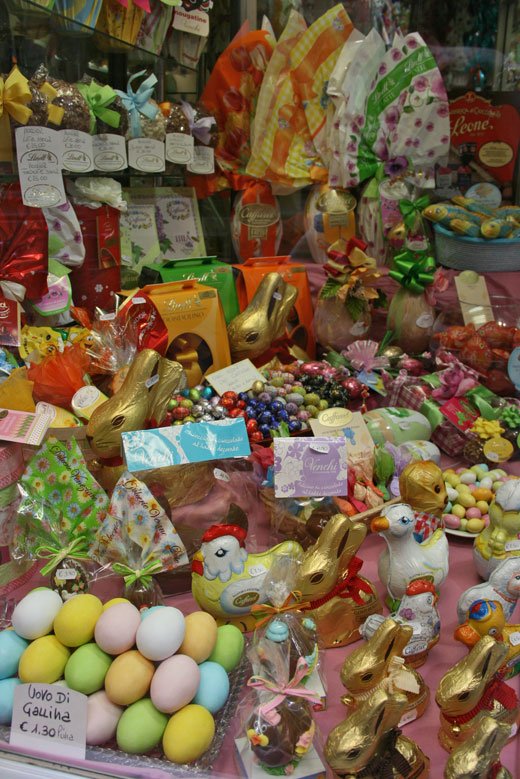 I would like to wish you a Happy Easter, and hope you will say a few well wishes to your family this Easter (compare it like saying what you are thankful of during Thanksgiving), and you’ll especially get a few Easter chocolate eggs to share with friends and family. Read more about Easter decorating, recipes and more and for even more ideas on Easter join us on Twitter using #HolidayHQ. We’ll be hosting a live chat tonight, April 4th at 8pm EST -join us! 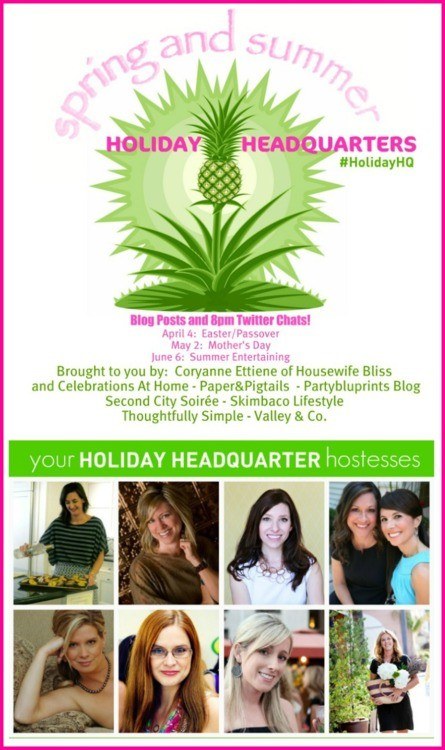 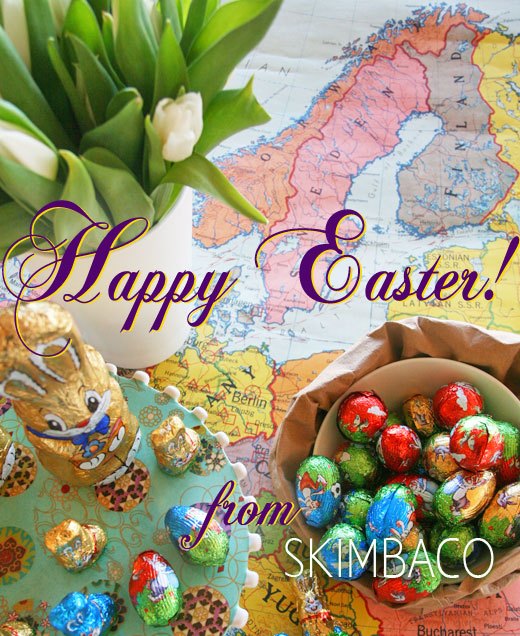