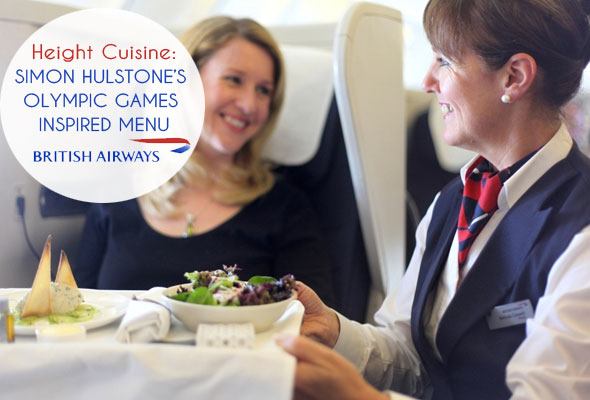 The Olympic Games inspired menu takes inspiration from the airline’s menus dating back to 1948 – the last time the Games were held in London, and the emphasis is on local produce and traditional British dishes. British Airways has been focusing on bringing a better culinary experience and they have been doing research on “height cuisine” and perfecting food served on high altitudes. While the menu consists of popular ingredients from the 40’s, many of the traditional British dishes have been reinvented for a modern day audience – rich in umami. To complement the nostalgic experience there is a special on-board soundtrack you can listen during your flight – featuring uplifting music and commentary from iconic British moments from previous Games.

“It’s an honour to have created a menu that millions of people will experience during the Games – I can’t think of a better platform to showcase British cuisine.”

‘Steak and mushroom casserole’ and ‘Braised beef chasseur with young carrots and chateau potatoes’ from the airlines’ 1948 menus are also part of the Olympic menu. Simon has reworked this chasseur dish for a new audience with umami rich ingredients, to become ‘Potted braised beef with a potato and horseradish topping, served with hispy cabbage, baby carrots and roasted shallots with a rich jus’.

In keeping with the drinks list from 1948, Gin from London is also available on-board. 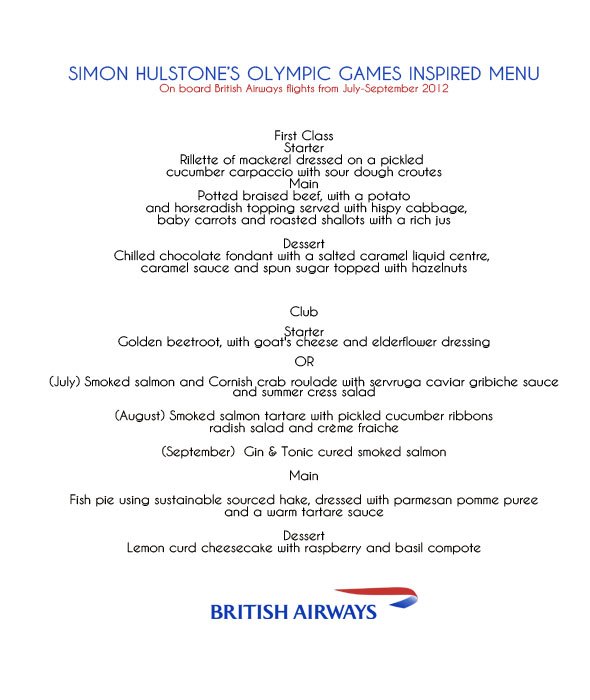