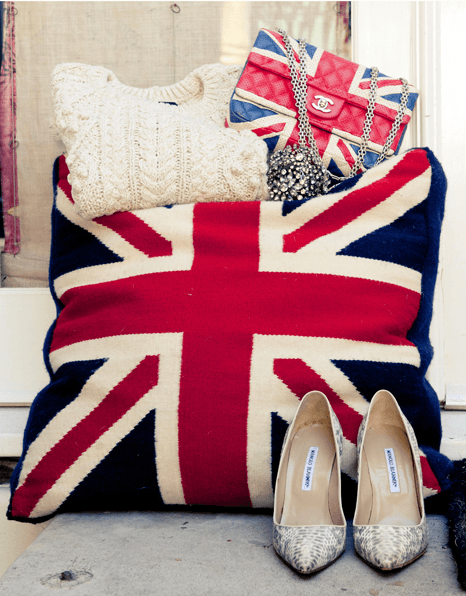 I love this British pride photo from ELLE and I can’t help but getting excited about everything British, everything with Union Jacks, and everything London as I hear everyone talking about the Queen’s Diamond Jubilee and the London 2012 Olympics. You can see the lure of London in fashion, in interior design and even in food (check out the most popular cocktail in London)!

Here are some ideas how you can decorate with Union Jack and some of my product picks. 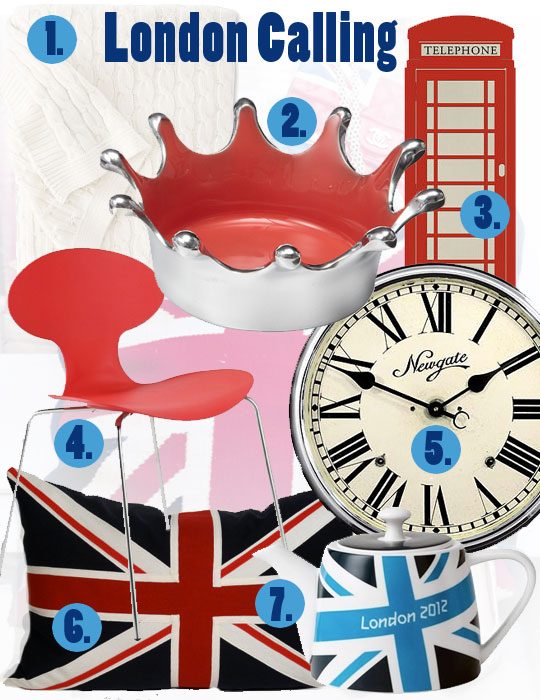 ($59.99 on sale) – great basic throw that compliments anything Union Jack accessories you might have.

($34) makes a great decorative dish that collects your mail, keys, coins or fill it with bon-bons. Either way, it gives a nice royal touch without being glittery.

3. The telephone booth wall decal ($44.99) is a must for a quick and easy way to get some London to your home.

5. The Battersby Clock by Newgate ($200) may not be the Big Ben, but it sure will tell you when it’s the tea time. 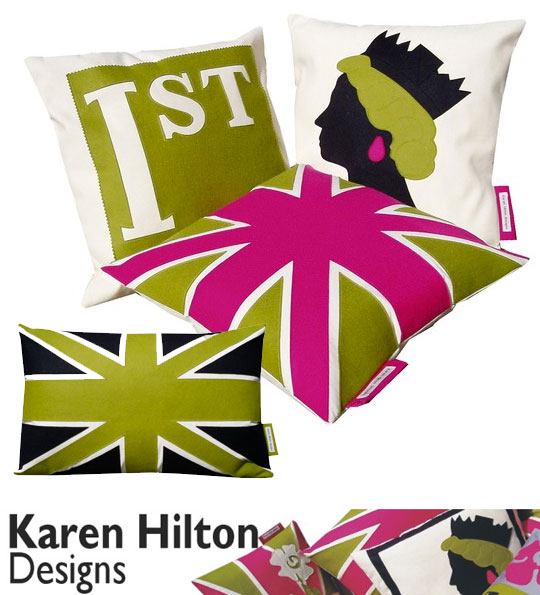 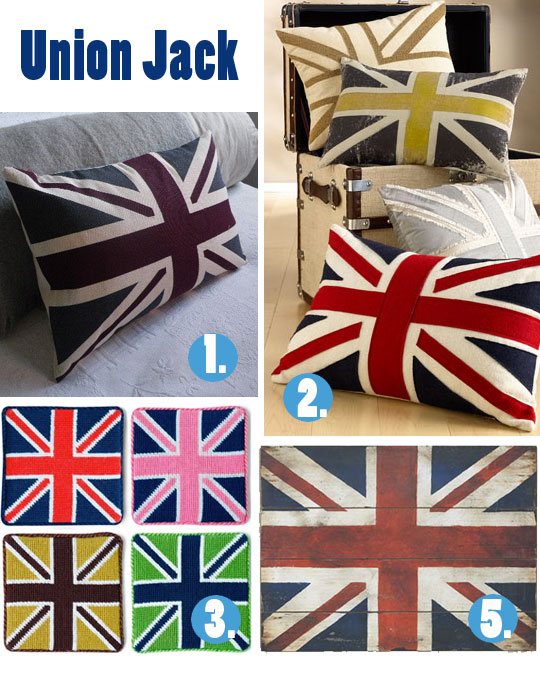 Jonathan Adler shows how to do it right – just one rug, and you are all set… The rug is $995 though, so you might want to look at other options too. 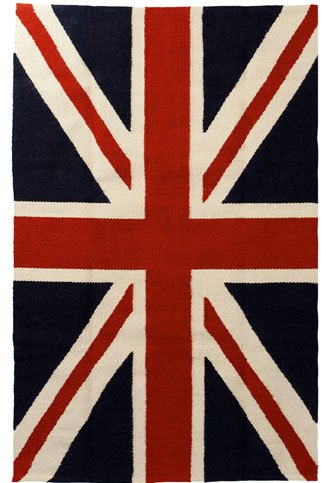 This Jonathan Adler Union Jack rug is only $165. 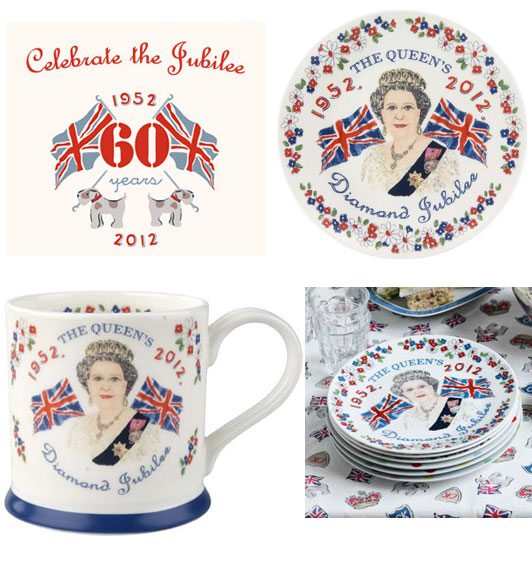 Last but not least… check out Cath Kitson’s Jubilee collection, like the Jubilee Ash mug ($12) and Jubilee plate with the Queen’s picture ($26).

Are you excited about the Diamond Jubilee craze and the Union Jack trend, or so over it?