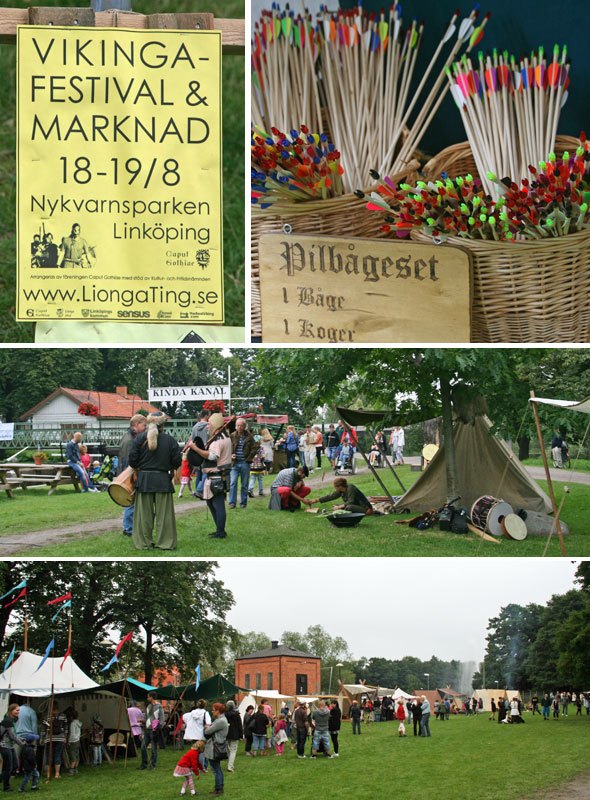 What’s a better way to spend a Saturday in Sweden, than attend a local Viking festival, right? This weekend we headed to the Linköping Viking festival Lionga Ting despite the rain (and the feeling of summer ending being very close).

I let the photos do most of the talking because you just have to see it to really get a feeling of this event. 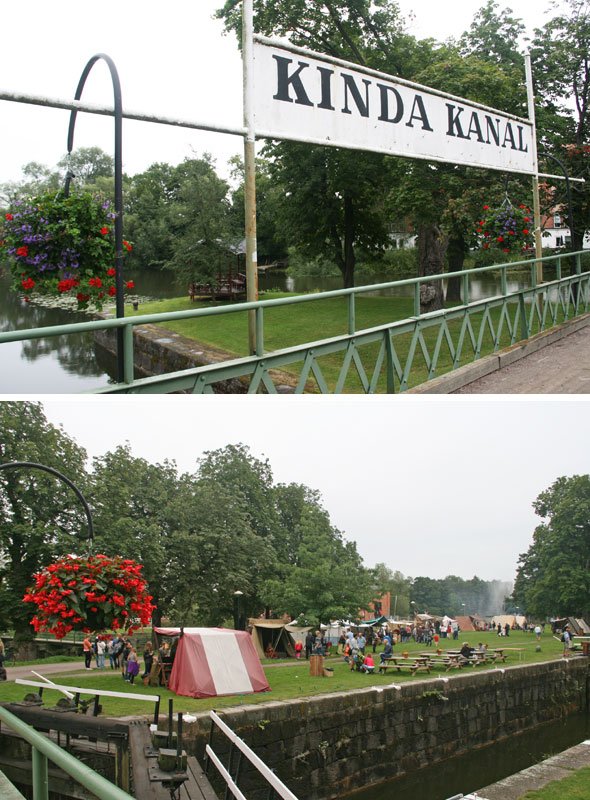 As we walked by Kinda canal on our way to the Viking Festival, we could smell the smoke from the fire pits of the viking tents, and hear the bagpipes playing even before we crossed the canal at the Nykvarn locks. 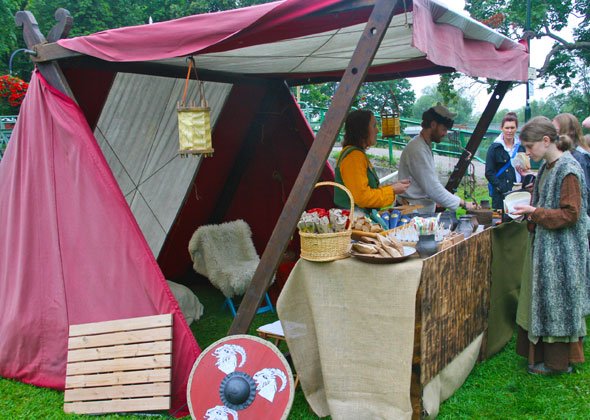 When we entered the festival area, a hot dog stand greeted us, like in any other summer festival. Except here the hotdogs are wrapped in old fashioned Nordic flat bread from Finland instead of hot dog buns, and even the condiment bottles are wrapped in burlap.

I had been hoping to see more Viking food, like, I don’t know, a pig roasting by the fire (did Vikings eat pork?), or even rustic bread or dried fish, but we learned soon, that the hot dog stand was one of the only food places in the festival. On retrospect, thank God, because I had a wisdom tooth pulled out yesterday, and I couldn’t have even eaten a Viking feast. 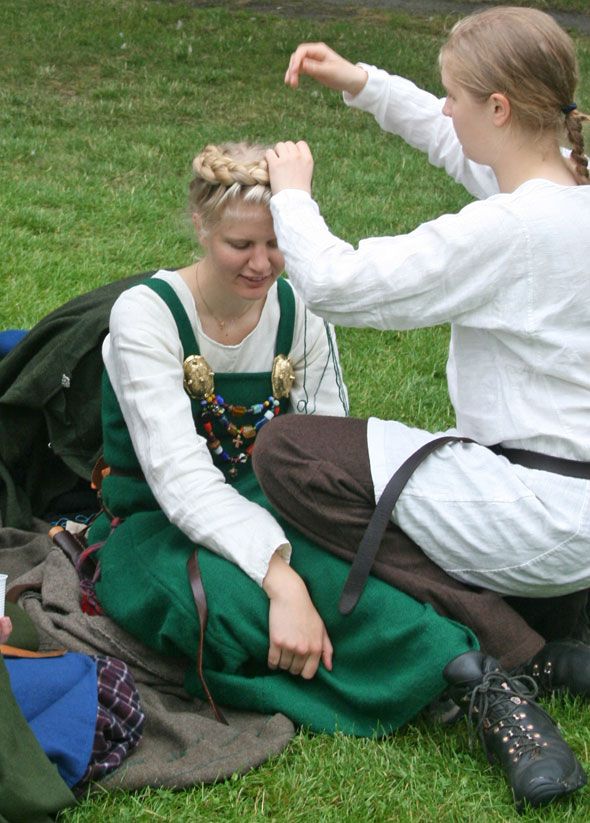 People were dressed in old Medieval-looking Viking clothing, many wearing no shoes at all. Shoes were not that needed anyways, the Linköping Viking festival Lionga Ting is hosted on a small island between river Stångån and Kinda canal at Nykvarn Park, and I could almost swear the grass was greener and softer on that side of the river, perfect for bare feet. 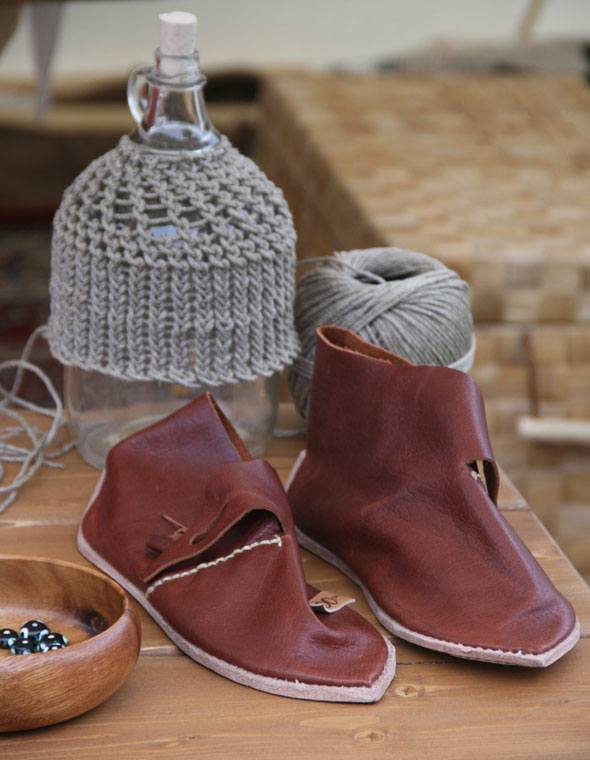 Vikings did (do) wear shoes though. And even at the festival there shoemakers, who were hand-making shoes and explaining the art of Viking shoe making. 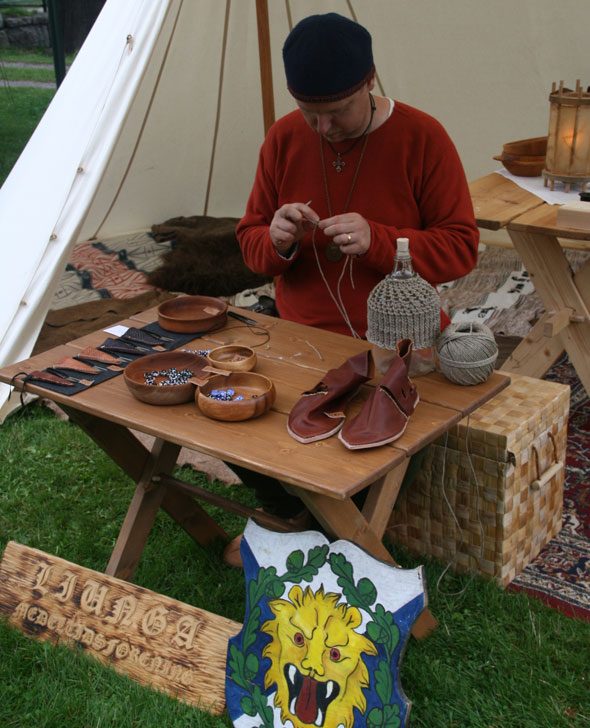 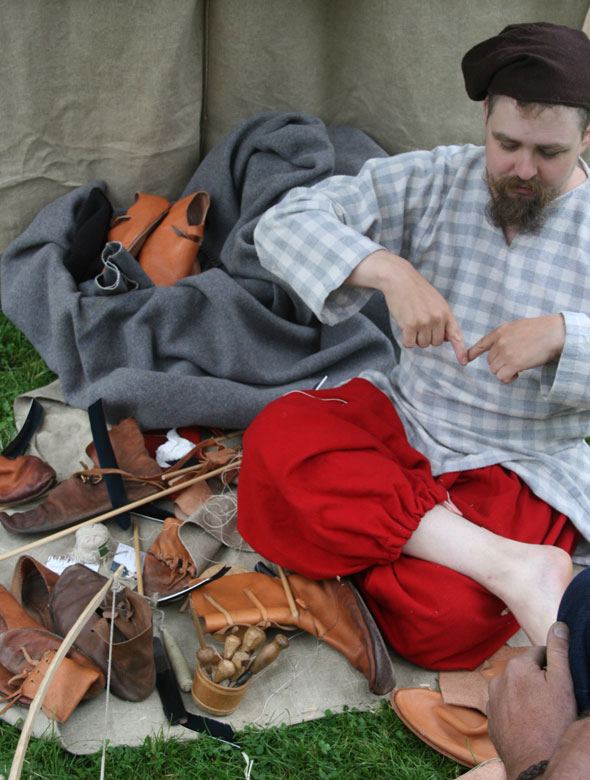 In addition to leather shoes you could also find tents with artisans selling everything from Viking buttons to pottery. 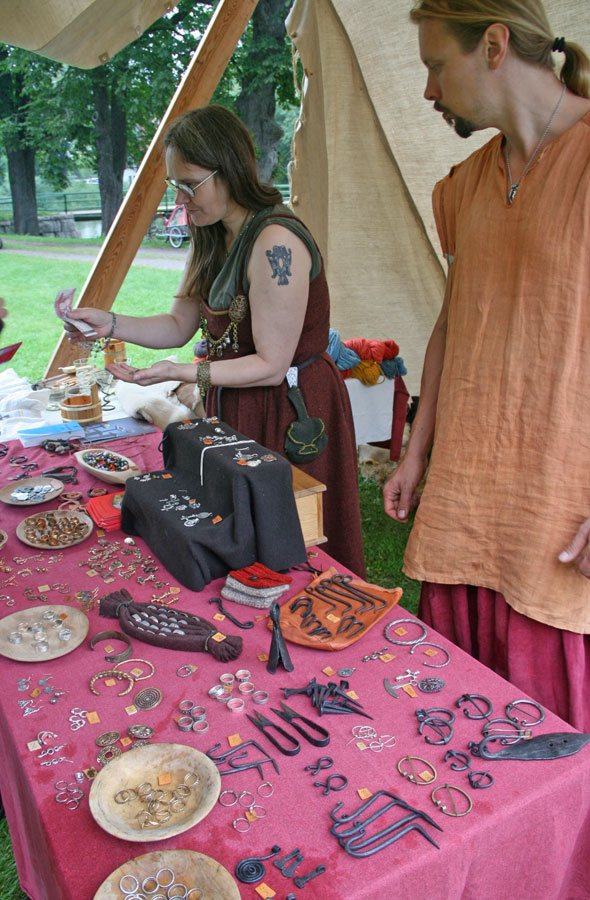 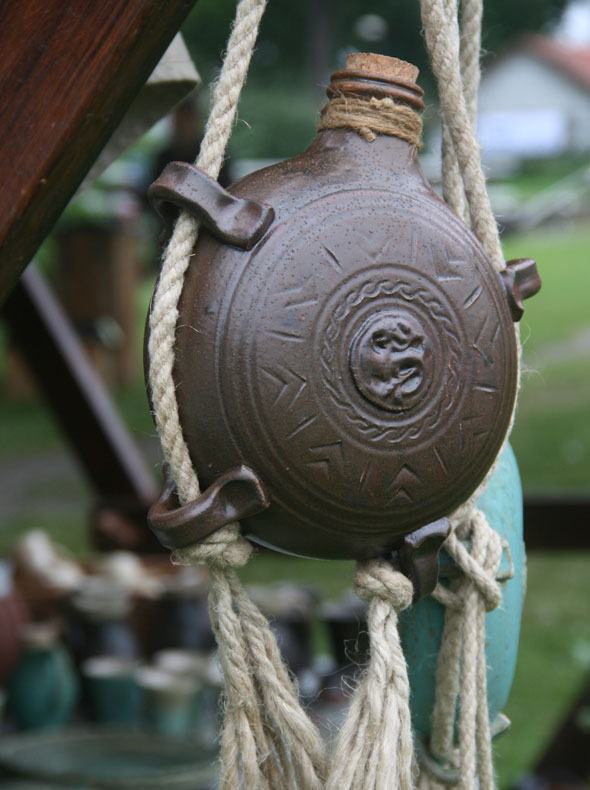 The Viking market place was bustling with festival-goes learning more about Viking crafts, Viking games and everything from bow shooting to axe throwing, and from iron forging to archaeology. 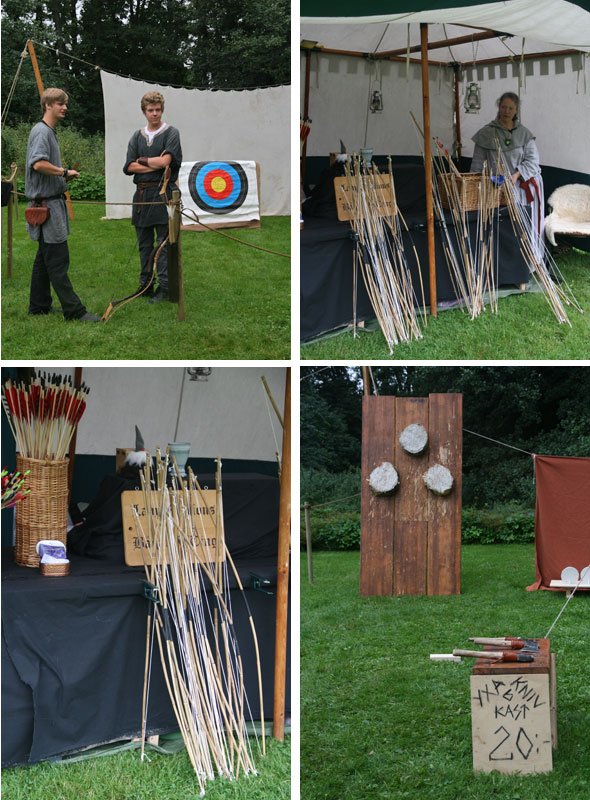 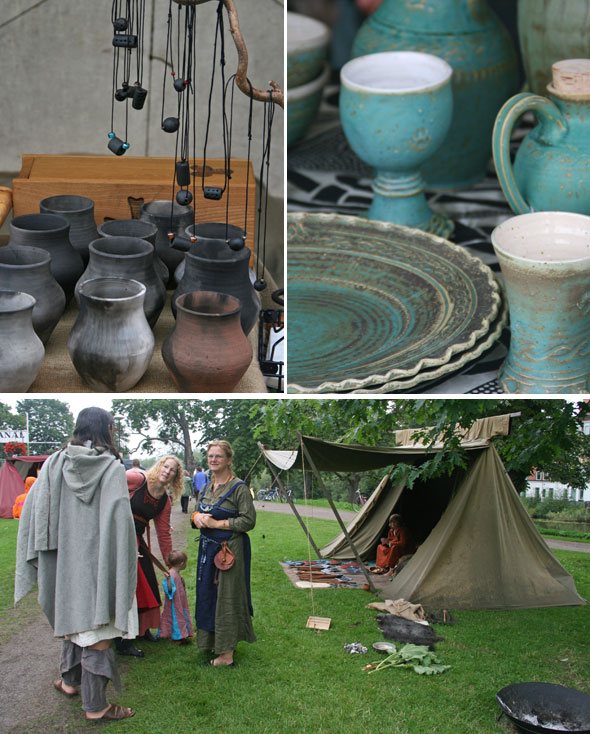 The most interesting part of the Viking festival was the people. The people who all dressed in the Viking clothing, some parts playing a role, and playing Viking games, some parts just enjoying a leisurely Saturday with their friends, almost like in some sort of weird olden Viking times themed camping party. 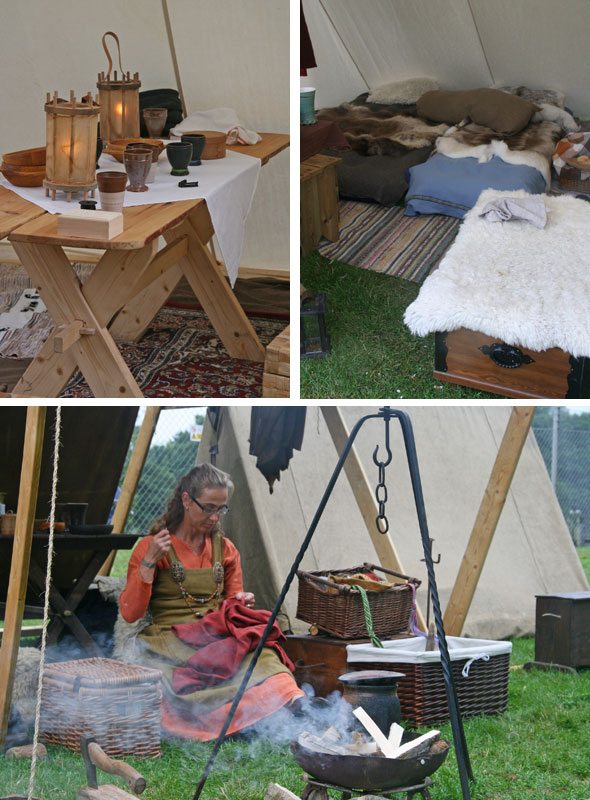 It was neat to see such an appreciation for Viking culture, and truly still lived today. We left the market place hearing the bagpipes playing again to cook salmon, our favorite, for dinner.
I got my Viking food after all. 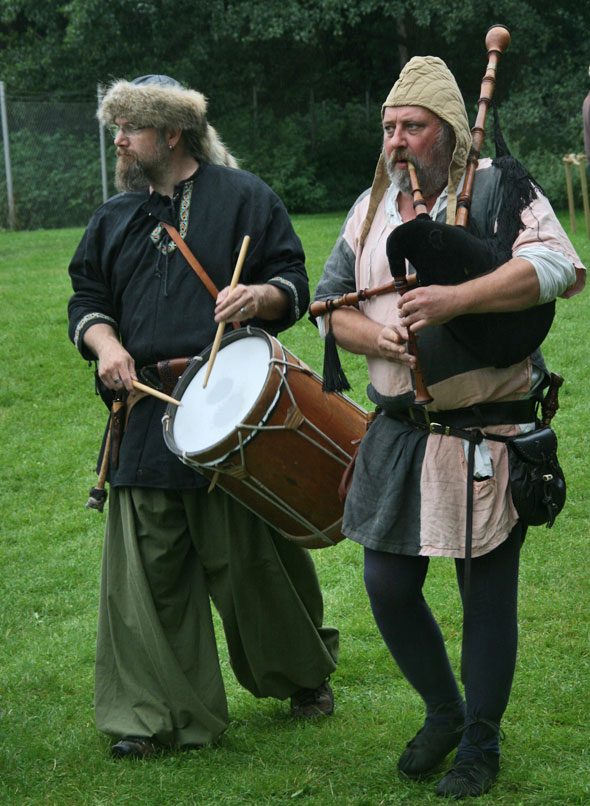