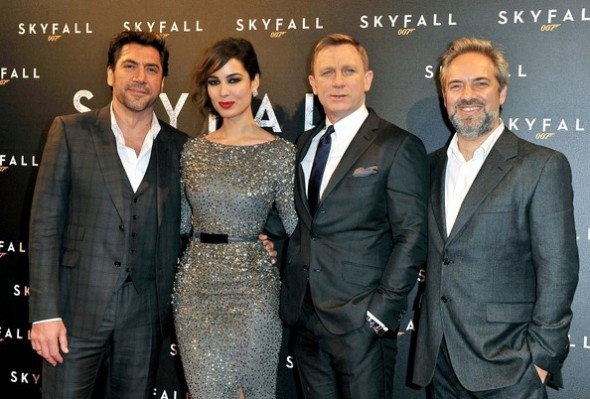 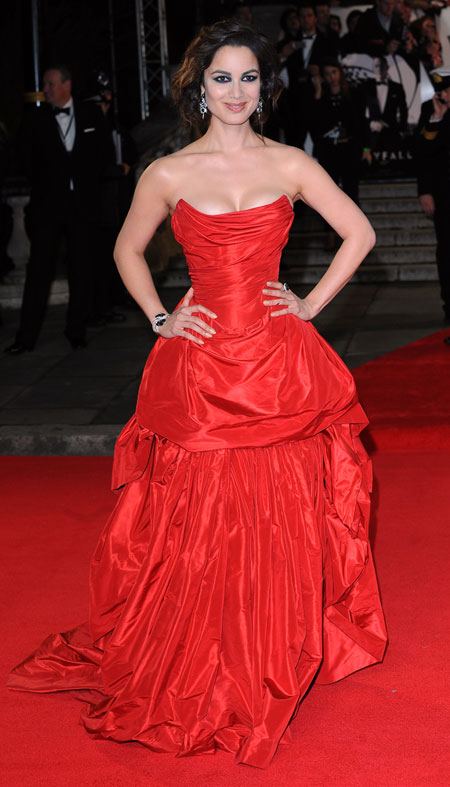 Bérénice Marlohe wore Vivienne Westwood in the Royal World Premiere of “Skyfall” at the Royal Albert Hall in London. 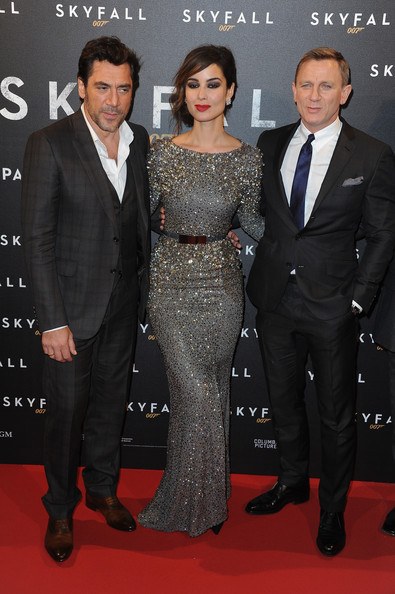 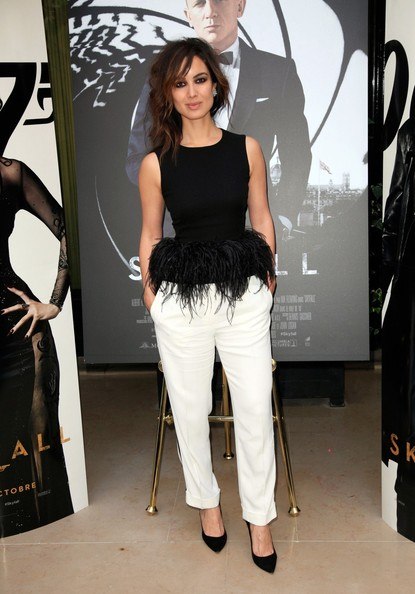 And also in France- Bérénice Marlohe was dressed in Alexander McQueen at the “Skyfall” photocall at the George V Hotel in Paris. The black sleeveless top with a feathered trim paired with a pair of white pants with a black stripe on the sides looked gorgeous on the star. 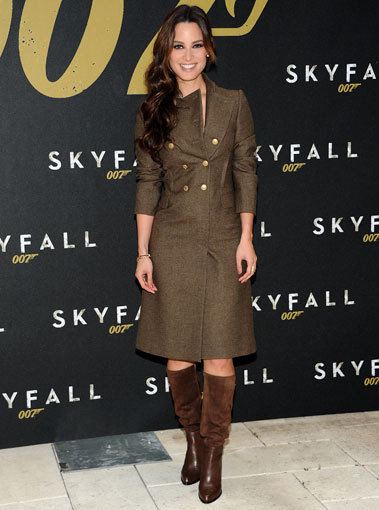 Last but not least, the stunning Bond Girl wore Salvatore Ferragamo fall 2012 military-green coat and Tod’s knee-high boots at the Crosby Street Hotel in New York City, and while this is not your typical red carpet look, it it by far my personal favorite and something easily to be copied.

Which look is your favorite?

FASHION FRIDAY
I’m linking up with Blonde Episodes and Jo-Lynne Shane’s Musings of a Housewife for Fashion Friday.

Check out what else is trending right now and subscribe to our weekly newsletter.