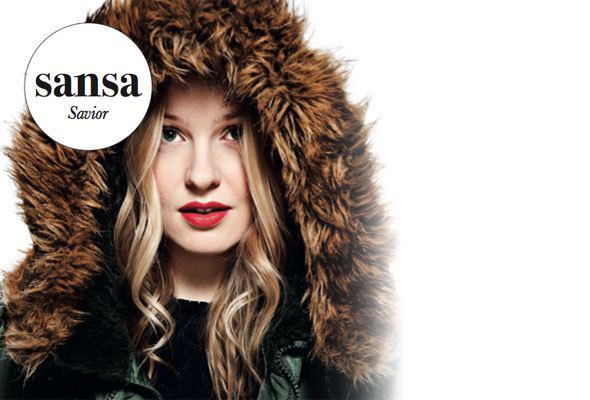 I have featured a few Scandinavian music talents in the past, and now I have a new music favorite: Sansa from Finland. Sansa is a singer-songwriter whose music is best described as melancholic folk music. Sansa’s third album Savior was released last summer, and Sansa has been touring in Finland and in Berlin and London since it’s release. Last week a special music video was released of one of the (cover) songs in her album, and you have to watch it (below)! I just absolutely love the “go after your dreams” type of attitude Sansa has, and everything else about this music video. The story is just too good not to share!

The music video is Sansa’s cover of Boys (Summertime), an 80’s hit song. A few years ago I was in awe of Diane Birch’s version of Haddaway’s “What is Love” and her incredible talent of turning an 90’s pop hit to something completely different. This time I am in awe of Sansa, and how she turned an 80’s Euro hit into a song full of soul. If you grew up in Europe, you are bound to know an Euro disco hit Boys by Italian Sabrina, and perhaps remember the video of Sabrina in a pool singing the song and white bikinis almost falling off.

Sansa doesn’t need to strip her clothes off to make waves, she just completely stripped off the song, and created something truly beautiful, almost unrecognizable of the original song. The music video also comes with a great story. Sansa wanted to travel to Italy to meet Sabrina and share her cover song with her, but it must have been in the stars that these two were meant to meet – Sabrina was booked for a concert in Sansa’s hometown! Sansa went to visit her before the concert and the document of the trip was made into this music video. She said Sabrina was pretty touched by someone appreciating her song this way, and that she had heard many covers of it during the years – but this one had given her the goose bumps.

Enjoy the video, and remember to after your dreams and make them into reality!