Tracing the Origins of the Richly Flavored Ceylon Tea

This post is also available on our digital magazine Issue 1, on page 46.

Ever since I was a little girl Ceylon tea was the one thing that came into my mind when thinking about Sri Lanka, that South Asian island formerly known as Ceylon. So when our family decided to head for a holiday to Sri Lanka, getting to know the tea production and tasting local teas was definitely one of the must-do things on the agenda! 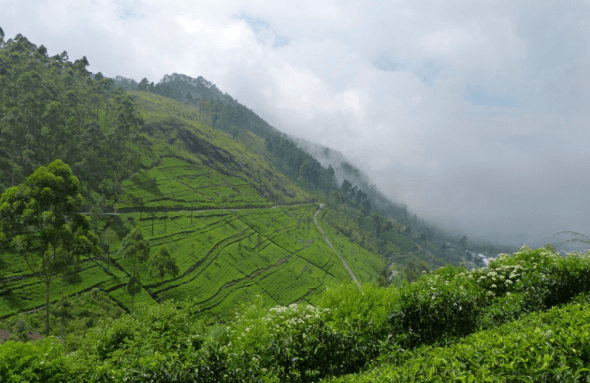 The British brought the tea from China in 1820s, but the first plantation was started with Indian tea by James Taylor in Kandy area in 1867, and later on he worked with Thomas Lipton whose brand is still one of the most famous ones in the world. This tea picker is working in the former Lipton plantation on the way to the famous mountain-top Lipton Seat, a picturesque location that used to be the favourite place for Thomas Lipton to relax and think 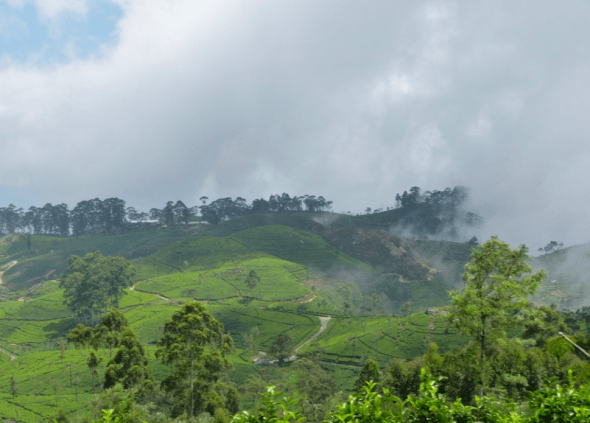 We learned that tea picking is very meticulous work – the leaves need to picked at certain time of the day (usually morning) to get the right humidity, and different teas (black, green, white – or also called silver tip tea) come from different parts of the plant, or rather the leaves – for example the silver tip is very expensive because only the small, young shoots picked at certain time of the year will be accepted. The black tea is considered the local specialty and it is used for making different blends also.

Most of the tea is grown in a region known as the Hill Country – the central mountain area and the tea bushes grown often in very steep hills and are manually collected. These breathtakingly beautiful views can be seen from the Lipton’s Seat, at a height of 1950m, or 6400 ft – but it’s a bit of a hike unless you manage to persuade the guard to let your vehicle drive all the way to the top. The road to the top is windy, narrow and treacherous with very few passing point and not the faint-hearted – a tuk-tuk would be a much better choice than a car for this journey!

This lookout point is located  in the Poonagala Hills, and there is tiny tea-shop where Lipton’s tea brewed on wood fire and tea cakes are being served. The changes of getting to admire these beautiful views are rather narrow though – on the day of our visit there was a thick fog, which cleared on one side for a while during our stay, but on the other side of the valley we could see just a thick white wall of fog. 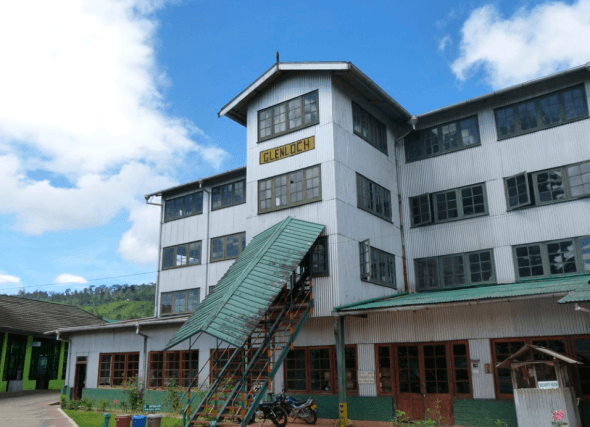 After seeing the actual tea plantations, leaves being picked and having tried it ourselves, it was great to visit a local tea factory called Glenloch – and yes, if you wonder about the name, it does come from Scotland! The tour and tea-tasting in Glenloch are free of charge, as is the case in most tea factories. This was a small factory with a shop and a restaurant and I would definitely recommend buying some local tea, as it is not normally being sold under the local labels outside the country.

We were lucky to see fresh tea leaves being brought into the factory and see parts of the whole process of tea production. First the tea leaves are being dried for 12 hours on the belts before being moved to the next phase. 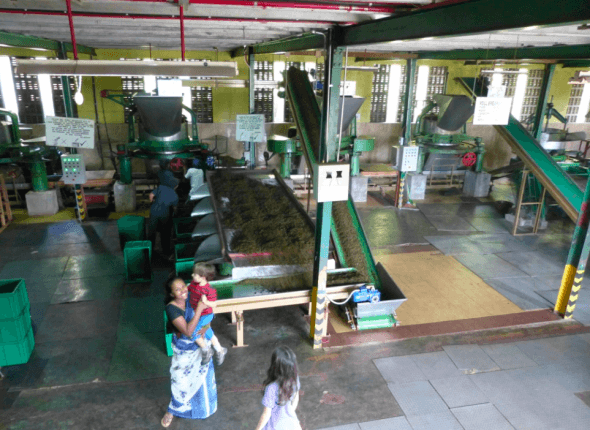 Tea still contributes about 2% of the GDP of Sri Lanka and some one million people of the population of 20 million work with tea. During the process the tea is being dried, moistened, shaken, ground and different particle sizes are being separated in processes that are very precise, quite amazing indeed as one gets to see the old machine and latest sophisticated separator machines from Japan.

The tour of the factory was well-loved by the children as they got to feel and smell tea during different phases and at the end they all very enthusiastically also participated in the tasting – after which we decided to bring home a tin of pekoe blend. 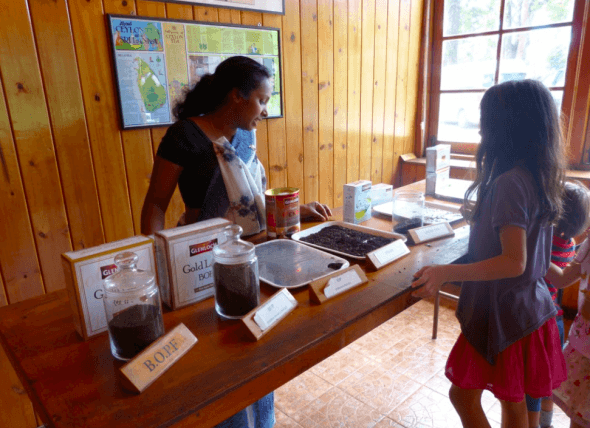 All ready for a tasting: after our tour it was quite easy to identify some of the teas, which was really exciting – I just love how we all were able to learn something new in such a fun way! 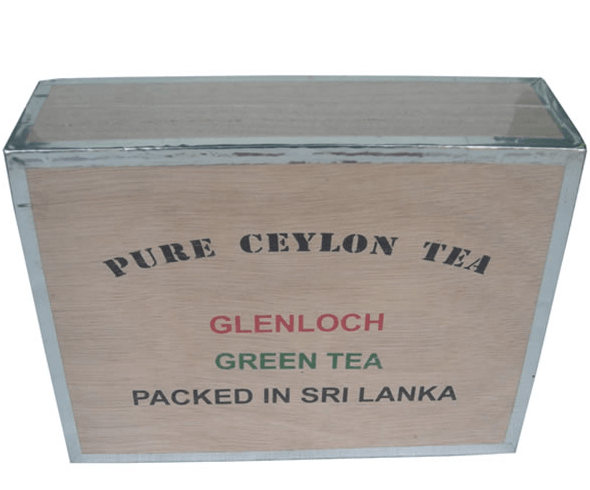 Reeta Laaksonen and her family are always on the move. For her, home is where her family is - which is currently near London, UK. Reeta has lived in five different countries and by the age three her twins had lived on three continents already. When this family is not planning their next move, you will probably find them hiking, visiting temples, old castles or relaxing on some secluded beach. She thinks that every day is special, with the next adventures waiting right behind the corner. Reeta loves gardening and decorating, and has a passion for good wines. Besides writing she also pours her energy on learning Mandarin Chinese and baking with her children. For more stories about travel, décor, inspiration and global family lifestyle visit Reeta’s blog House of Anaïs and connect with Reeta on Twitter @houseofanais. Check out also House of Anaïs on Pinterest. View all posts by Reeta Laaksonen