Finding Tea and Alchemy in Ireland 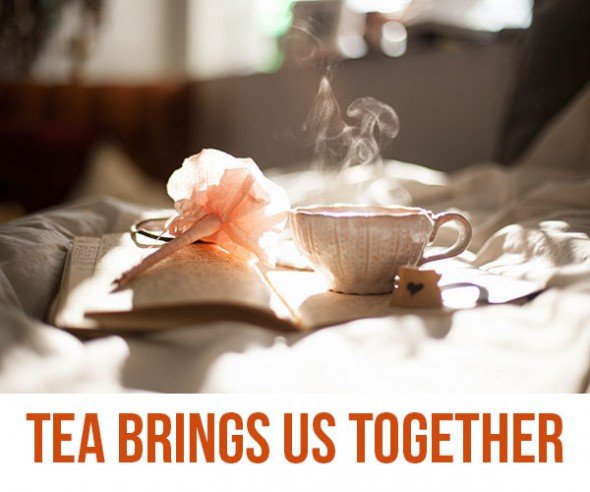 Having Tea in Ireland was my Skimbaco Moment

Guest post by Lara DiPaola of Chicken Nuggets of Wisdom.

Tea is possessed of a special alchemy. My earliest memories of my paternal grandmother involve the gilded rim of a delicate china teacup resplendent with tiny flowers perched atop a saucer. Being Irish, tea was always more an occasion than refreshment with her. We lived thousands of miles apart, but camomile and a sugar cube are all that is necessary to transport me to her sunroom.

Tea brings us together, even decades after her passing. So it seemed entirely fitting that a cuppa would be among highlights of the journey that brought three generations of her family back to Ireland. 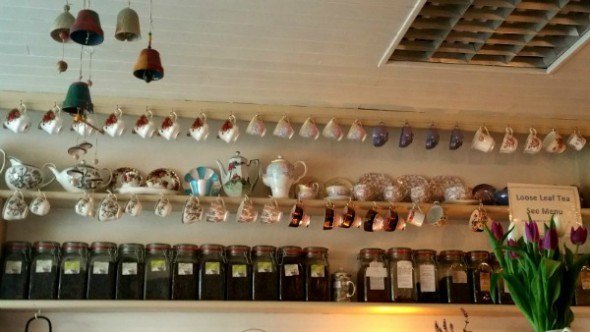 Westport in County Mayo, Ireland is one of those small picturesque villages that most can easily call to mind when thinking of the Emerald Isle. Cathair na Mart translated from the Gaelic means, “”stone fort of the beeves.” Though you’re far more likely to find daytrippers in this city that’s been named among the best places to live in Ireland, than cattle roaming the cobblestone streets these days. The Carrow Beg river as meanders past brightly painted storefronts, and there seems to be a pub and boutique on every street. Westport is quintessentially Irish without being cliche. 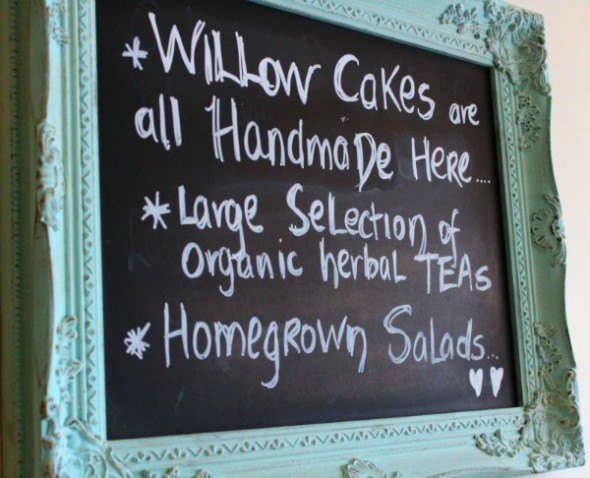 Taking it’s place amongst the quaint shops and historic inns the Willow Cafe Tea Room beckons the traveler to come in and sit for a spell. Once through the door, it’s clear that this is not the place for “formal” tea. Small tables, mismatched chairs, colorful tulips in repurposed lemonade bottles, all lend an air of comfort –almost like the whole place is a tea cozy.

We grabbed a table near the picture window at the front of the shop, far enough away from the chilled air that blew in with each opening of the door, but close enough to enjoy unobstructed people watching. Softly, in the background George Harrison’s guitar gently wept.

My dad was never a huge fan of The Beatles. This is something my sixteen year old daughter just can’t comprehend. Her wardrobe boasts at least four “fab” Beatles t-shirts. The odd juxtaposition in this reverse generational gap sparks conversation about what qualifies as musical talent, which leads to a debate about the state of current pop music and culture as a whole. He mocks her as she asks if they have gluten free scones (they do, and they’re amazing) 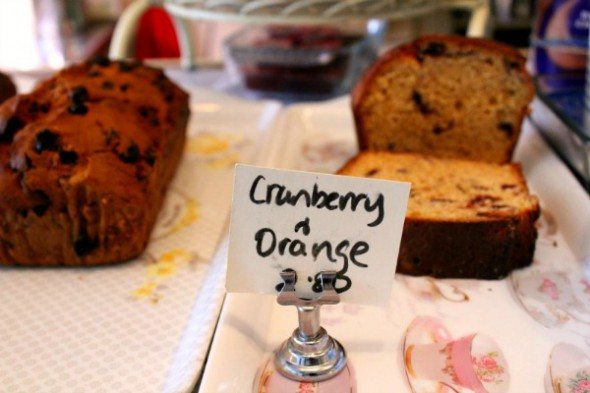 As the heat from the camomile in my cup spreads through my hands, I’m warmed at watching the two of them. I can see my grandmother in both their faces, almost hear her in my own laugh. On a shelf behind the pastry case, dozens of glass jars display teas from around the globe. People of all ages with accents familiar and exotic are packed into this tiny shop but it doesn’t feel crowded. Visions of the past mingle with memories in the making and scents of fresh baked lemon cake. 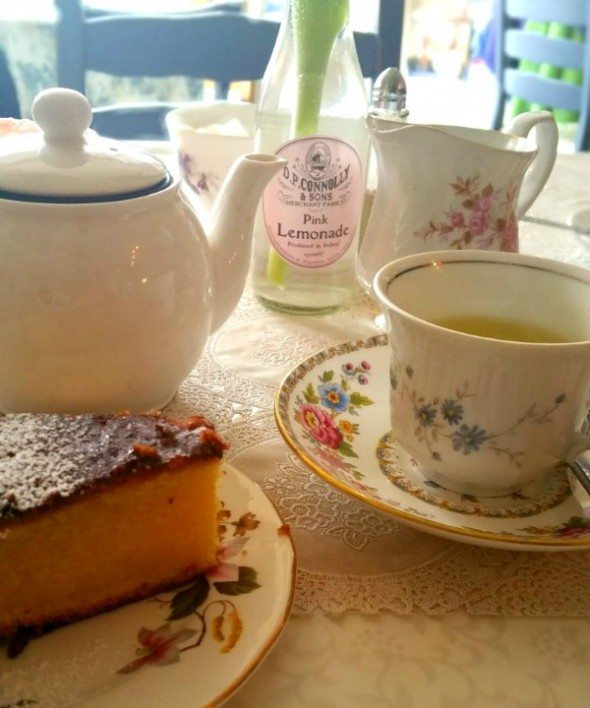 Spotted on among the remnants of another patron’s respite is a tiny tea cup. The gold of the rim is worn dull, but the flowers are still brilliantly blue. It occurs to me that this small cafe is just as mythical a place as any castle ruin or ancient monolith found in the surrounding countryside.

Post by Lara DiPaola of chicken nuggets of wisdom

Serving in the United States Navy was the catalyst that marked a turning point for me. I spent the bulk of my tour stationed in a small town in southern Spain (Rota.) There I fell in love with Spanish culture, the people, and the idea that travel is a means to connect us all in the human experience. Those lessons would go on to serve me well as the Director of Marketing for very successful startup, freelance travel writing, the adventure of raising four kids (ages 21 to 8) and marrying into a Sicilian family. My freelance work has appeared at 10Best.com, USA Today travel, and I somehow ended up as the cornerstone for a piece on renting backyard chickens in the Washington Post. No, really I did.