This is such a cool way to spread joy around the world! Watch the video for the ultimate birthday surprise these young people around the world got from KLM Royal Dutch Airlines and Heineken.

KLM Royal Dutch Airlines and Heineken invited people whose birthday is on 27 April to an Orange Experience on King’s Day in Amsterdam. King’s Day of course is the birthday of the Dutch monarch, and orange is the national color of the Netherlands. The birthday parties came from all over the world – Beijing, London, Rio de Janiero and San Francisco, and they were given a unique introduction to the Netherlands’ traditional celebrations of the King’s birthday. 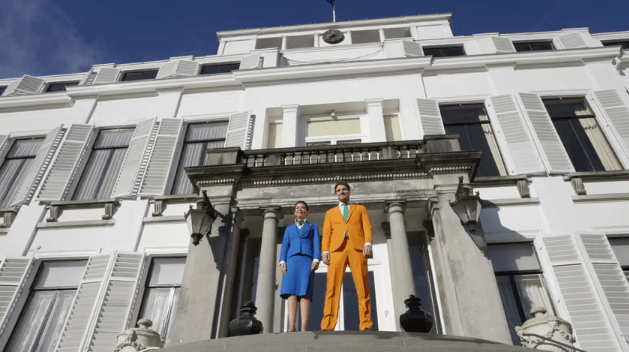 All the birthday men and women were presented with a surprise ticket to King’s Day in Amsterdam. The prize winners’ “official portrait” was photographed at Soestdijk Palace and they were given a crash course on the Dutch royal family. They were then taken to Amsterdam where the “Orange Experience Boat” met them to take them in festive mode to the new A’DAM tower (http.//adamtoren.nl). In the loft of this unique location, they were able to look out across Amsterdam from a great height, listening to the music of world-famous Dutch DJ, Martin Garrix.

Sounds like they had a royal good time? I have never been to Amsterdam, but would love to experience the King’s Day one year. And KLM, of course, is one of our favorite airlines, and I was hanging out at the Amsterdam airport sometimes more than once or twice a month during the years we lived in Europe.