Snowtonomous – Where no autonomous vehicle has gone before: driving in Finnish conditions.

Japanese brand MUJI and Finnish autonomous driving company Sensible 4 have combined their expertise to create an elegant robotbus, Gacha, first in the world to function in all weather conditions. The timing couldn’t be better – MUJI is also opening a permanent store in Helsinki next spring after seeing experiencing the success of the pop up shop from last Holiday season. I can’t wait to hop on this robotbus and take it to buy some MUJI sweaters to keep me warm. 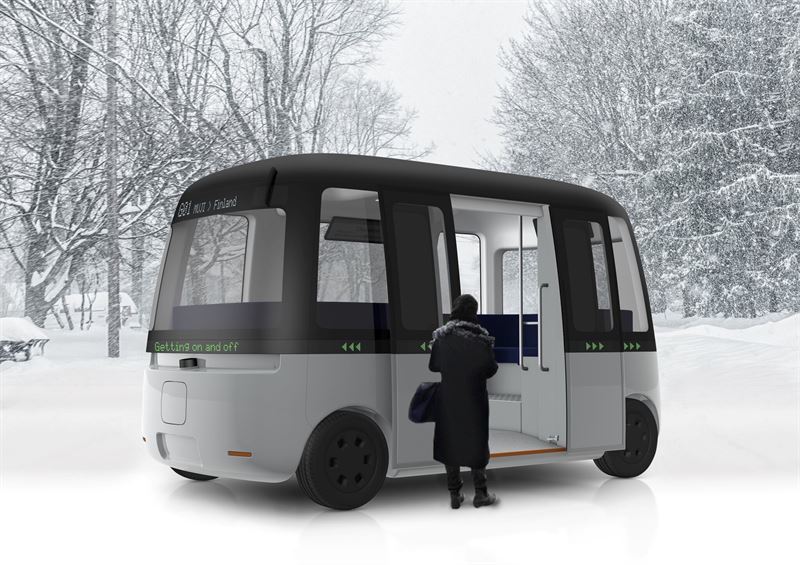 At first look you might think what a Finnish autonomous car manufacturer you’ve never heard of (or the fact that someone makes autonomous vehicles in Finland) and a Japanese lifestyle brand that inspires you to Konmari your sleek apartment to the perfection have in common. You might also think that on second thought.

Both companies are focused on building a better life for our future, and this joint project actually starts making sense. I hope it is an inspiration also for other companies to work together across industries to find new solutions for sustainable new ways of living. 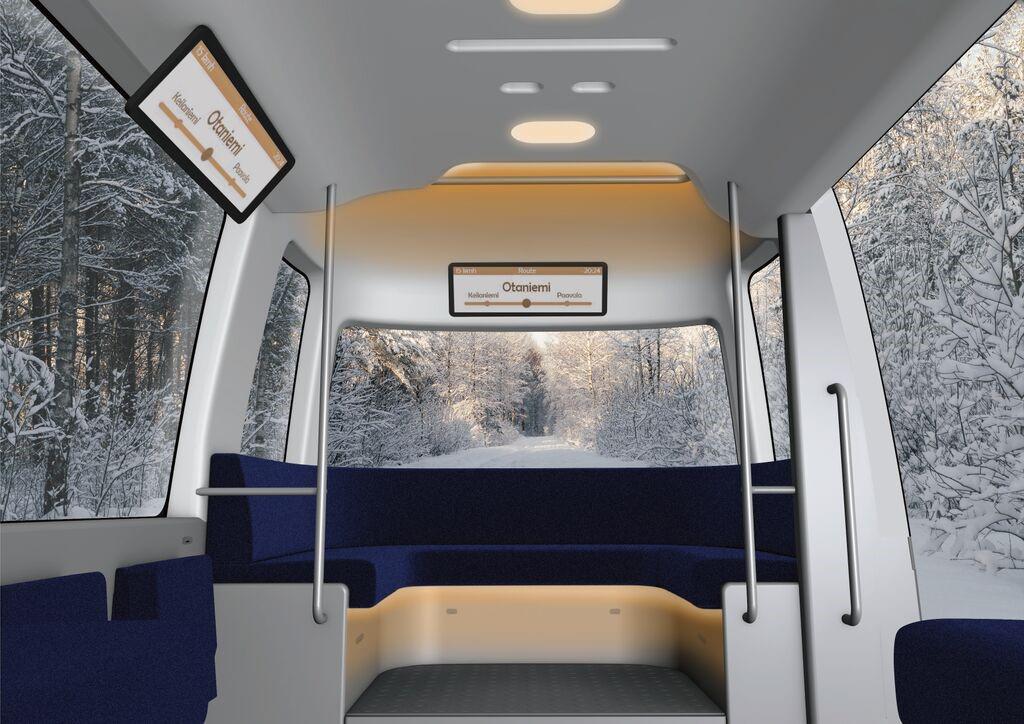 Sensible 4 was founded just last year, but they have already made a breakthrough in creating the autonomous driving technology that allows autonomous driving throughout the year regardless of the environment and conditions. It’s quite a different story to design self-driving cars for California than for Finland.

Weather plays a critical role for autonomous buses or robottaxis to be able to operate. Currently heavy rain, fog, and snow prevent autonomous vehicles from driving, as the existing technologies are mostly being tested and developed in warm climate conditions. Sensible 4 tested their technology under arctic Lapland conditions giving the company a unique advantage over the other self-driving technologies. Naturally all autonomous vehicles need to be able to drive in various weather conditions, before they can be commercially deployed globally.

Check out the video from their testing in Lapland – but be warned, those drone shots of Lapland will make you want to book a trip. 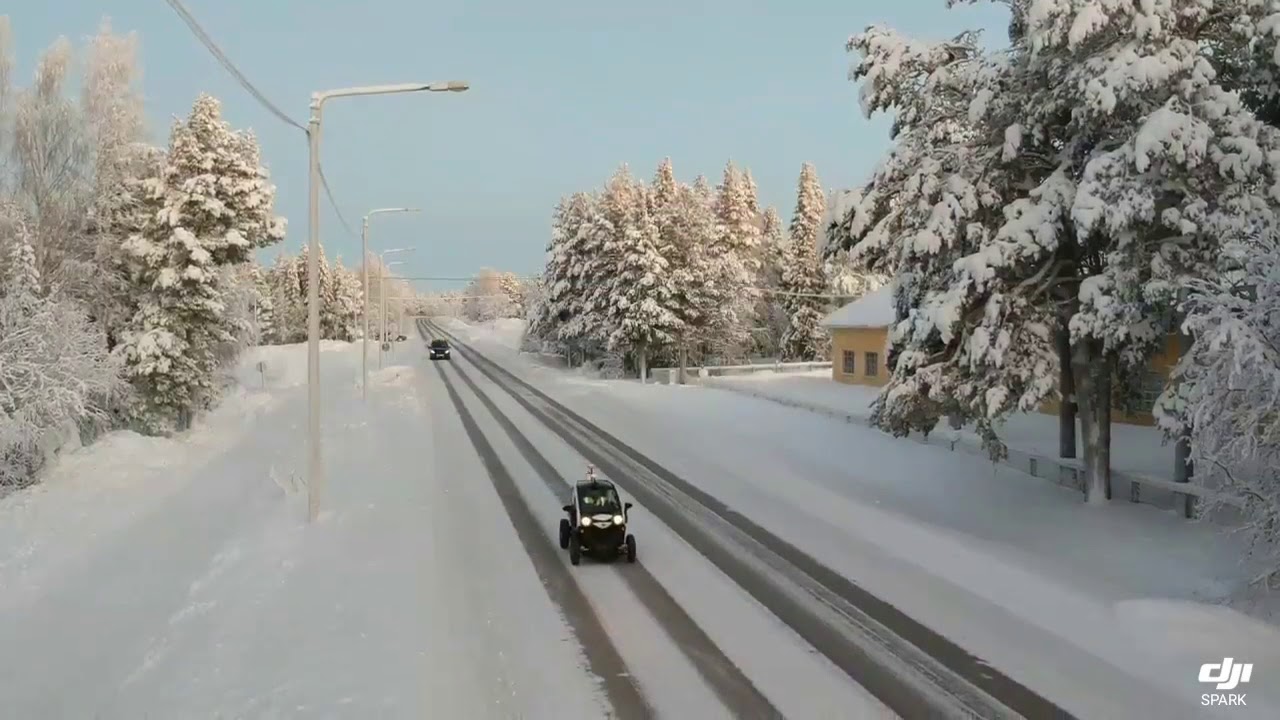 MUJI on the other hand provides the vehicle its famous design and user experience. The highlights of the design are its friendly shape, with no front or back, the LED light belt, which is made from the combination of the headlights and communication screen, and the seating that follows the soft rounded square shape of the bus.

MUJI proposes a pleasant life. This not only covers products for daily life but also the challenges faced by everyday life in diverse communities – and not just in the cities.

Autonomous driving has potential for example in the countryside communities where decreasing birthrates and aging populations are causing problems. The Gacha autonomous shuttle bus is an all-weather concept that can be shared among the community. This paralleled MUJI’s philosophy and thus the collaboration with Sensible 4 started in 2017.

Helsinki is a functional test platform for automated vehicles.

The vehicle will be released in an official premiere here in Helsinki in March 2019. After the launch of the first Gacha, the autonomous shuttle bus fleat will be part of the public transportation in Finnish cities Espoo, Vantaa and Hämeenlinna starting in 2021.

Currently, Sensible 4 offers free open-to-all rides as part of pilot in southern Finland in Espoo, the home city of the company.

Helsinki is continuously at the top of comparisons and evaluations of the European and global smart cities. The city has strongly invested in open, digital technologies for smart city developments and aims to create the most effective transport services in the world. The smart city development is determined by the strong role of the city where the staff actively works directly with the citizens and other stakeholders. Helsinki and Finland also have lot of technology and IT expertise which plays an important role in developing the smart mobility.

“Helsinki was one of the first cities in the world to pilot self-driving robot busses on public roads. The fruitful collaboration between Sensible 4 and MUJI proves Helsinki’s reputation as an internationally attractive test environment, bringing together interesting startups and companies specialising in the field to seek the best ways to introduce automated vehicles to the city and improve the everyday lives of residents in the process,” says Marja-Liisa Niinikoski, CEO of Helsinki Business Hub. While I’m waiting for the autonomous shuttle experience… I did pop in at the new MUJI pop-up shop in Helsinki right after they opened this week. What I loved about the store concept itself was the brand gallery of explaining some of their core products, how they’ve been made and their design philosophy. You know now where I will be shopping my Christmas gifts this year. Katja Presnal shows how to live Nordic inspired life to the fullest and plan your dream life. Katja owns Presnal5 strategic marketing intelligence agency and wants to help marketing professionals to combine a dream career and dream life via freelance work. Katja is an award-winning marketing strategist, and a well-known speaker. Katja has lived in five different countries, and seven states in the USA. Her three children were all born in different countries within three years. When not working or jet-setting the world, Katja is at home cooking big family dinners. She has been featured in NY Times, Glamour, Redbook, Fodor's, Forbes and Woman's Day magazines among many other national and international publications and written for MTV3 and Lifetime TV networks. View all posts by Katja Presnal
7ads6x98y