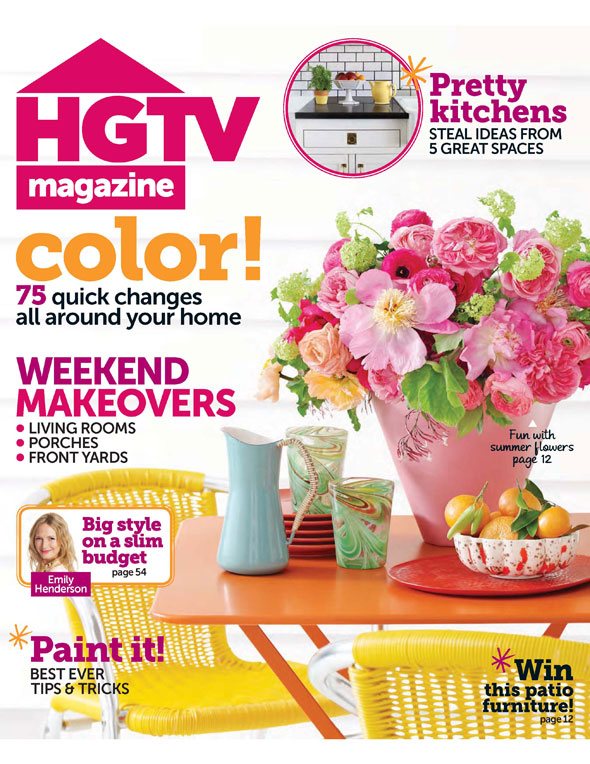 hit the newsstands on May 29th and while I know they say you shouldn’t judge a book by cover, and you probably shouldn’t judge a magazine by cover either, but I have to be honest – I am super excited about the new HGTV Magazine as a long HGTV fan. I missed the test issues last fall and earlier this year, but will make sure to get the June/July 2012 issue on my hand as soon as possible – thankfully I will be in New York next week!

The issue will also be available for download on Zinio, B&N Nook, Kindle and Apple Newsstand this week, and the actual magazine where magazines sold, only for $3.99. You can also get the one year HGTV Magazine subscription for $18

The launch issue focuses on quick, colorful makeovers for maximum impact around the home and features familiar HGTV network stars such as Sabrina Soto, Emily Henderson and Chip Wade. Plus, editors demonstrate how to salvage unique yard-sale finds, paint like a pro, create a stylish outdoor room on a budget and more. Readers also get a sneak peek at the contestants from season seven of HGTV Design Star.

We’re thrilled to be moving forward after readers responded so well to our first two test issues,HGTV Magazine is all about creating a happy home. We give readers lots of insider tips from HGTV hosts and focus on fun, fast makeovers that make a big difference all around your home.

I think this is a bold move from HGTV and shows that traditional magazines are not dead – not when they are built together with multidimensional platforms like on electronic readers and strong online and TV presence. I’m interested to see what happens with the publications that don’t have the same backing.

Here are a few photos from the new HGTV magazine June/July issue. 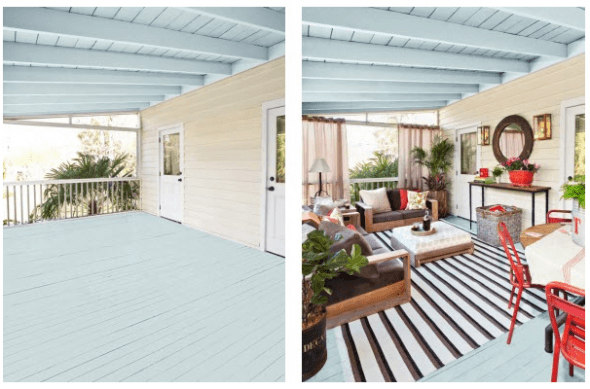 I love that they have not just a makeover feature, but a step by step makeover showing exactly how you can do the same look. 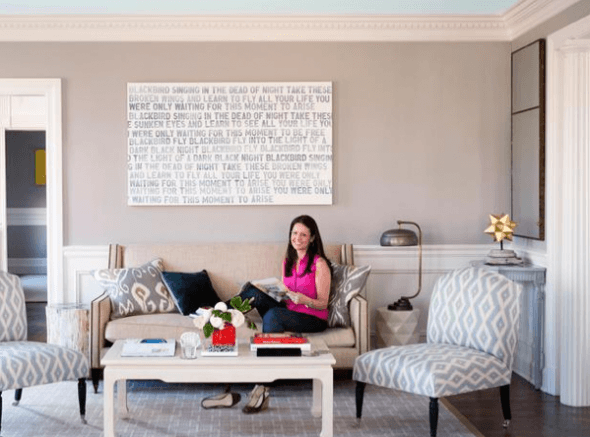 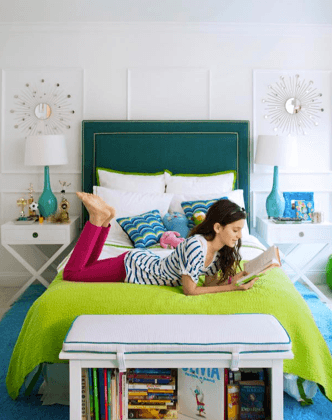